The high level of virtualization in Australia and customer concerns about off-shore hosting of data and latency make the country a tempting location for cloud providers to set up shop, despite the high cost of real estate and labour. 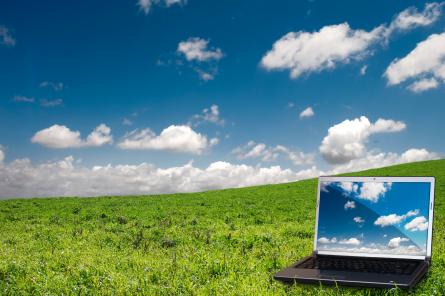 Last month Amazon Web Services (AWS) launched its Sydney Region, which comprises two Availability Zones, and in August Rackspace announced the launch of a data centre in western Sydney, with the company promising to bring its full suite of offerings, including cloud services based on the open source OpenStack collection of software, to Australia.

“So even when Amazon did not have a direct presence in Australia, Australia was one of the major countries in terms of the consumption of public cloud services; not just for Amazon but for the industry at large in the Asia Pacific region.”

The head of AWS, Andy Jassy, says that the high technology spend and the number of Australian customers already using Amazon’s public cloud services meant that launching local data centres here was on the agenda almost from the beginning of AWS.

“We had so many customers who were telling us, ‘Look we have a portion of our workload running on AWS now, but if you had a presence in Australia we’d move the rest of them,'” Jassy says. “And a lot of customers we were talking to for a long time, like ], said ‘We really want to leverage what you’re doing but we really want you to be here in Australia.'”

Chandrasekaran says Australia’s combination of a high level of virtualization — “Australia’s one of the most virtualized countries on the planet right now,” he says — combined with local customers’ concerns about off-shore hosting of data and latency, make it an appealing destination for cloud providers looking to expand, despite the high cost of real estate and labour.

“Data sovereignty has been a major driver,” Chandrasekaran says. “Certain sectors — federal, state governments, financial services sector and so on — due to regulations, having data [hosted on] Australian soil is absolutely paramount to them.”

Data sovereignty and security are “probably one of the major drivers by public cloud providers such as Amazon to actually look at having an in-country facility, and next would probably be latency issues, particularly for some of the heavy applications.”

Chandrasekaran said that so far the adoption of cloud in Australia has witnessed more horizontal growth — with a company’s size dictating whether they’re are investing in cloud — than patterns of adoption in particular verticals.

“I’ve actually interacted with some customers who belong to what you’d consider traditionally old-economy type of industries who’ve actually been using public cloud a longer period of time and also in a much more innovative and creative manner [than ‘new economy’ companies’] so I think the observation that I’d make is that segmentation would be more by a horizontal segment than by a vertical segment.”

However, he adds, highly regulated sectors — government and financial, and to an extent other verticals such as health — have been looking more towards private cloud than public cloud.

“[Those segments] are the ones who are probably more interested in the private cloud. As in, they like the attributes of a public cloud, but they think that the public cloud is not ready in terms of SLAs, in terms of standards, in terms of security and privacy and so on.”

Government organisations have shown interest in shared community clouds, while financial institutions and other organisations in highly regulated industries are looking towards building private clouds over the next two to three years.

Outside of startups, the big uses for public cloud in Australia still tend to be testing and development. On the storage side, there is interest in cloud-based disaster recovery, and with the growth of Australian-hosted public cloud services such as AWS there may be increased interest in archiving.

“In archiving, again security and [data] sovereignty are a major concern, latency is not, which means that the public cloud could probably lend itself very well for that use case,” Chandrasekaran says.

In the mid-market, it’s likely that more applications will start moving to public cloud, but in enterprises the migration will be much slower.

The National Broadband Network will be “hugely beneficial for cloud”, as the costs of bandwidth decline and connectivity grow. “Let’s not forget that NBN is also going to aid a lot of e-services in general; things like e-health, e-citizen services, IPTV/consumer entertainment, gaming services — all of that needs data centre space. You could argue those are cloud services as well; a lot of them could be consumer cloud services.”

A lot of the recent data centre investment in Australia has been targeting cloud-type workloads, and competition among cloud providers in Australia is set increase, with more vendors entering the market. In particular, in the Australian infrastructure-as-a-service (IaaS) market competition will be “brutal,” Chandrasekaran says.

“But I am sure there is going to be a set of players that is probably going to compete on price, which means that there’s always going to be some consolidation — that’s a possibility a few years from now,” he adds

In the software-as-a-service space, differentiation between providers will be clearer. “That’s where there are opportunities to package solutions and deliver vertical-specific solution packages; for example targeting a healthcare sector or an education sector with a set of pre-packaged solutions…

“That’s where some of the local competitors can bring in their existing relationships and understanding of the local markets — maybe partnerships that they actually have with local ISVs — and that’s probably going to help some of the providers, but again the global providers, particularly people like Amazon, have the advantage of scale and have the advantage of facilities outside Australia which could be very attractive for companies that are looking to expand outside Australia or are looking for regional presence, or for larger multinationals for whom Australia is one of the places where they have a presence.”