Tony Abbott’s Coalition Government has taken a severe beating in recent polls following the release of the newest federal budget plans. While the AUD$80 billion slash in funds for health and education over the next ten years has received the most attention, the entrepreneur community is also reeling in palpable frustration.

Treasurer Joe Hockey announced the abolition of a range of industry assistance programs to save over $845 million. He argues, “Businesses should stand or fall on their ability to produce the goods and services that people will actually want.” Although this statement affirms the ‘product-market fit mantra’, it is ignorant of the fact that Australia’s start-up community is relatively nascent and still needs support. 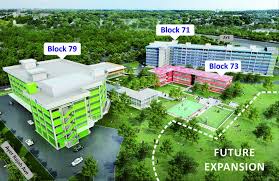 Among the victims of the budget reform are the Innovation Investment Fund (IIF) and Commercialisation Australia, two important pillars of a support system for Australian technology and innovation. IIF was established to seed venture capital firms and innovative Australian companies. SEEK, one of Australia’s most successful companies was an early beneficiary of the program. Likewise, Commercialisation Australia – a government initiative offering funding and resources to businesses, researchers, and inventors looking to commercialise innovative intellectual property – will also be killed.

The government will replace these initiatives with a single, new service called the Entrepreneurs’ Infrastructure Program that is due to provide $484.2 million over five years to “improve the capabilities of small to medium enterprises and streamline business access to government programs.” Details of the new program are currently vague and still need to be finalised.

On one hand, the government can be seen to be trying to save money and repair the budget – which is genuinely needed. On another, perhaps the government really doesn’t know how to manage the organisations and funds to administer them. Take IIF for example, where $130 million of the total $600 million deployed over the course of its sixteen-year existence was spent on various fees and costs. Kim Heras, a Founder of 25Fifteen – a Bondi based start-up incubator says, “The government can do a raft of things that make startups a more interesting investment asset class – particularly from a tax perspective – but it can’t be handouts. The government needs to support private sector efforts rather than over-administer them.”

Although Australia ranks a respectable 19th on the Global Innovation Index ranking by World Intellectual Property Organization, it can do better. Singapore has a quarter of Australia’s population and ranks eighth in the world.  Singapore has also been churning out world-class start-ups with very successful exits. Two notable exits of late are Viki’s US$200 million acquisition by Rakuten and Zopim’s $30 million acquisition by Zendesk. As reported by TechinAsia, Zopim received strong support from Singaporean Government grants and investments including the Media Development Authority, SPRING Singapore and the National University of Singapore.

More specifically, here are some Singaporean government initiatives that have been crucial to supporting start-ups and that you should know about:

Moreover, Singapore’s Government doesn’t just throw money to grants. It is also very serious about creating a physical infrastructure for entrepreneurs and start-up support services to co-exist through Block projects. Block-71 was the first government experiment to house start-ups. Originally a dying industrial zone, it has been transformed into a place for entrepreneurs to work and grow together. Singapore now plans to expand the Block projects to three buildings and double the number of companies working in the Blocks from 250 to 500 by the end of the year.

The Infocomm Development Authority of Singapore (IDA) is further ramping up start up support efforts this year with a new acceleration program, an accreditation program to encourage government entities and large enterprises to adopt emerging technologies, and the development of a new fabrication lab to give young people an opportunity to experiment with new hardware electronics and software.

Singapore’s government has pumped around S$100 million dollars into its early stage start-ups. This contributes to the extraordinary amount of venture capital funding in Singapore of $1.7 billion last year, a stunning figure when compared to China’s $3.46 billion. Australia only had a measly $111 million of venture capital injected last year, a drop of 20% from the previous year. There is even fear that Australia’s venture capital industry could disappear altogether if changes flagged in an upcoming tax review take too long to be implemented, according to Australian Private Equity and Venture Capital Association chief executive Yasser El-Ansary.

Some have criticised the amount of over-reaching involvement by Singapore’s Government to artificially spur innovation and entrepreneurship. However, like a professional lead-out-man cyclist in a Tour De France race, the government is carefully carving a path for start-ups and will eventually fall back; after the ecosystem has gained sufficient momentum and money from successful exits have been recycled into the ecosystem to more naturally propel the next generation of start-ups.

Conversely, the Australian Government seems to be retracting prematurely just as Australia’s startup environment is heating up. If Australia seriously wants to compete globally, let alone regionally, the government must not diminish the value of its contribution now. Investing into Australian entrepreneurs is an important investment into securing Australia’s future.