Australia on Wednesday introduced rules for government agencies in an attempt to streamline guidelines for the procurement of cloud-based services within the public sector and encourage their uptake. The announcement was first made by Communications Minister Stephen Conroy at the CeBIT conference in Sydney. 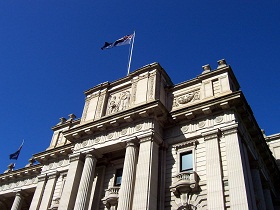 Glenn Archer, First Assistant Secretary Policy and Planning Division at the Australian Government Information Management Office (AGIMO) commented on the introduction of the new policy: “The update recognises that the cloud market in Australia has matured significantly in the last two years, and that there are now clearly opportunities for Government to make use of Cloud to achieve savings, greater agility and better business outcomes for its own IT needs and those that service the needs of citizens and businesses that interact with Government.”

The strategy and guidelines have been developed in partnership between government, industry and consumer groups, and focuses on three core goals: Maximise the value of cloud in government and make the public sector more agile; Promote cloud computing to small businesses, not-for-profits and consumers; and supporting the development of the cloud sector.

The Australian government has also committed to a range of follow-up activities mentioned within the new policy, including an investigation to identify where cloud services can be trialled in public sector organisations; to delineate where departments and agencies will be required to consider cloud-services first for their ICT needs; and explore the feasibility of a community government-cloud, a centralised store front for cloud services similar to the CloudStore developed by the UK government.

Australia began its shift to the cloud in early 2011 when AGIMO partnered with industry groups to develop a strategic direction paper released in April of that year. That document would go on to inform the country’s first national cloud computing policy.

The news should be refreshing for those who view the Australian government as behind the times in terms of cloud adoption. At the very same conference where the new policy was announced – former US government CIO Vivek Kundera, the man responsible for leading the Cloud First policy adopted by the US federal government blasted the Australian government for holding back IT evolution within the public sector and adhering to a “cloud last” policy in practice. But in an ironic twist, budget sequestration (budget cuts to particular aspects of public sector spending) enacted in the US in March of this year is said to be so severe that its forced a number of federal departments to abandon investigations of new IT initiatives, many of which include cloud services. That being said, whether the recently announced National Cloud Computing Strategy V2.0 will outlast the next budgetary cycle or election in Australia still remains to be seen.

AGIMO will lead the implementation of the new cloud computing policy, with the majority of the follow-up activities due to be concluded within the 2013-2014 time frame.