As cloud computing matures, large businesses are harnessing the benefits

Traditionally cloud computing has been perceived as a great leveller in business. The cloud has allowed small and medium businesses to compete on a more level playing field with their enterprise rivals by removing the need for upfront capital investments that had previously proved prohibitive for smaller businesses. 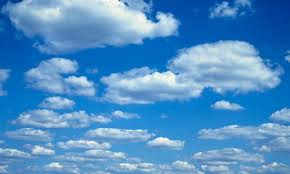 Larger corporations have struggled to trust the cloud computing model, especially when it comes to migrating mission-critical applications, however this attitude is beginning to change.

Mission-critical software is moving to the cloud

The recent move of two business software developers to the cloud, Adobe and Microsoft, is symptomatic of the sea change that is taking place. Adobe’s Creative Cloud and Microsoft’s Office 365 are evidence of two large scale software applications that have independently embraced the cloud. Such high-level endorsement of the cloud demonstrates how the technology behind it is maturing and becoming more mainstream in its adoption. After all, many applications are now written specifically for the cloud, a trend that enterprises will need to accept if they are to keep pace with rival organisations.

No longer is the cloud solely the refuge of the SMB trying to cling on to the coat-tails of the enterprise giants – now large organisations are harnessing the benefits. A cloud deployment reduces the capital expenditure required from SMBs and larger companies alike, with the added benefit of allowing businesses to be able to use the latest cutting edge technology.

The cloud flexes its muscles

Increasingly the cloud is proving to be the most cost-effective method of doing IT “heavy lifting” – basically running resource-intensive applications. There are plenty of examples of this process taking place – SQL server and Exchange server are traditional computing-hogs, especially when used by a large amount of users. Consolidating these apps via virtualisation doesn’t help too much (they simply need a lot of resources and removing their ability to expand when needed cripples the application).

These applications are now steadily moving to the cloud. Need some more raw computing power for your Exchange server during a peak time? Sudden spike in SQL server usage? The cloud is now the answer to an age-old IT problem, and an otherwise expensive problem at that.

SAP’s database platform is now being developed with this advanced computing in mind, with the launch of its SAP HANA solution this year, which if used in a non-cloud environment can prove expensive enough to be a challenge for even the largest of corporate IT budgets. The fact that SAP is now refocusing its business around the cloud and technologies like HANA is symbolic of the evolution in the enterprise’s approach to cloud computing.

Cloud still has some growing up to do

The cloud still has some growing up to do, but this is more in terms of how it is marketed as opposed to any technical deficiencies. Based on early cloud services there is a perception that public clouds are not able to deliver “mission-critical” applications or are unable to provide the performance service-level agreements (SLAs) required to give CIOs peace of mind. Whereas the reality is that these cloud technologies and assurances are available today. Unfortunately, there is still a lot of “cloud-washing” going on. A number of businesses have taken basic hosting, colocation or managed servers and called it a cloud; in reality this is just moving equipment offsite. This washing confuses businesses considering the cloud.

Fears still abound among CIOs and CTOs regarding the benefits that the cloud can bring to the enterprise, but with software and service providers showing the muscle of the cloud, the technology now provides a radical alternative to traditional IT across the enterprise. The days of the cloud being used as an IT starter kit are over, the enterprise is beginning to unlock the latent potential that lies within.