When it comes to upgrading technology, some local school officials have their heads in the cloud. Several area school districts are considering whether to make the switch to computer applications stored on the Internet, rather than having the software installed on servers and computers in school buildings. 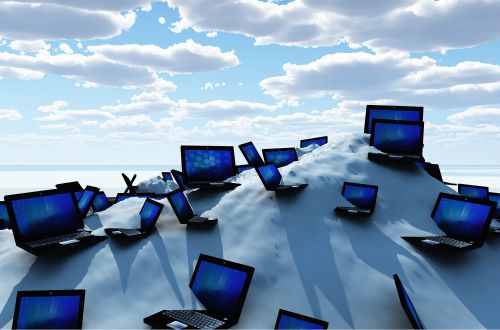 Among the advantages are cost savings and portable computing. The Granville Central School District will explore the option in coming years. Superintendent Mark Bessen said one advantage of a cloud-based system is students and faculty could access files from anywhere through an online portal.

“Hopefully in the not-too-distant future, we’ll have the funds and the capability that every student would have a device and go to e-books,” he said.

Devices such as the Google ChromeBook are becoming less expensive, according to Bessen. Prices vary but are around $250.

“They’re coming down to almost the price that we spend on a scientific calculator,” he said.

For a few dollars more, Bessen said the district could buy every student a ChromeBook.

“They could have access to all of those things — any time, any place — as long as they have that Wi-Fi access,” he said.

High-speed Internet access is limited in Washington County, a fact Bessen said could stall the plan.

Cambridge Junior-Senior High School Principal Tammy Silvernell said her district recently got rid of ClassLink, an electronic bulletin board and online portal, and shifted to a cloud-based system through Google Apps.

One of the advantages, according to Silvernell, is students can work together on projects, even if they are using different computers.

“It lends itself to doing a lot more collaboration and being able to access your work from more places,” she said.

Students can also print from the system, which they couldn’t do before, she added.

The Fort Ann Central School District is also experimenting with cloud-based computing. Last year, it launched a program to distribute tablet computers for a group of eighth-grade students. Now, the computers have been given to other eighth- and ninth-grade students.

One advantage, according to Superintendent Maureen VanBuren, is students don’t have to lug heavy textbooks around, and there are a lot of applications available for the tablet computers that can improve math and literacy skills.

VanBuren said the district is not ready to move completely to the cloud because there are concerns about whether students are going to use their own devices and how that would be monitored.

The Queensbury Union Free School District has also embraced cloud computing by purchasing 1,700 ChromeBooks — at a cost of about $265 each.

Matt Hladun, the district’s director of technology, said the cloud system allows the laptop computers to boot up in about 10 seconds because they aren’t bogged down by a lot of software. Also, students can access the cloud-based software from anywhere with their own devices.

The Glens Falls City School District also envisions a concept called the “untethered classroom,” in which teachers would use tablet computers attached to their wrists to manipulate a presentation on a monitor at the front of the room. Students could access those same presentations on their own devices.

However, school officials have said the buildings require more than $5 million worth of infrastructure upgrades to make that happen, including new wireless infrastructure to every classroom in the district.