Apple's iPhone business is now bigger than whole of Microsoft

Apple’s iPhone business is now bigger than the whole of Microsoft, according to recent revenue figures.

The company’s smartphone division generated $24.4 billion of revenue in the quarter up until December, whereas the whole of Microsoft generated $20.9 billion in the same quarter.

That includes entertainment devices such as Xbox, as well as Windows, Microsoft Office and Windows Phone.

Microsoft’s figures were a record for the company, a five per cent increase on the previous year’s revenue.

Even so, the figures were dwarfed by Apple’s.

It sold 37.04 million iPhones – its flagship product – and 15.43 million iPads in the quarter up until December, doubling from a year earlier.

Apple’s hoard of cash now stands at $100bn – which could be enough to buy Facebook outright.

Apple only overtook Microsoft’s market capitalisation in May 2010 – the first time the company had been ahead of its rival computer company since 1989.

Apple overtook Exxon to become the world’s number one company in terms of market cap in August 2011.

Bussiness Insider, which highlighted the figures, said, ‘The iPhone did not exist five years ago.’

‘Now it’s bigger than a company that, 15 years ago, was dragged into court and threatened with forcible break-up because it had amassed an unassailable and unthinkable profitable monopoly.’ 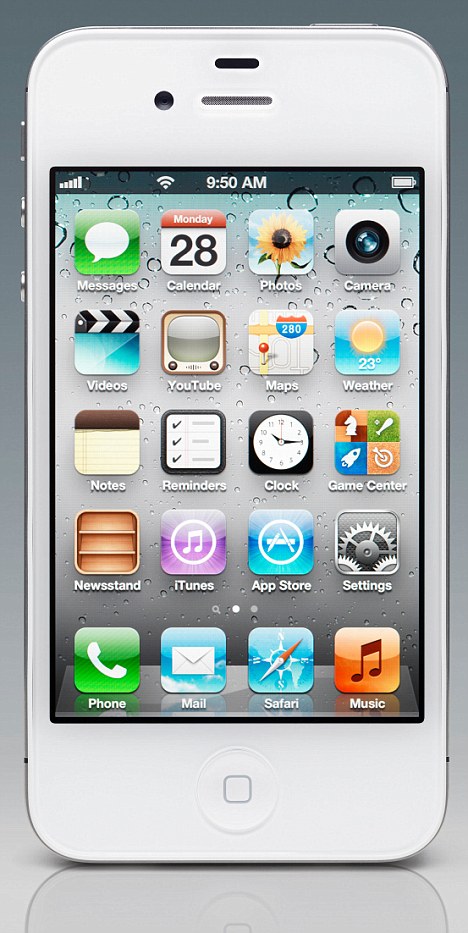