Apple has reportedly reached licensing deals with Warner Music Group and Warner Chappell, making it more likely the technology company will launch a music streaming service, perhaps as soon as next week at the Apple Worldwide Developers Conference (WWDC). CNET and the New York Times reported Sunday that Apple has reached an agreement with Warner Music Group and continues to negotiate with Sony. 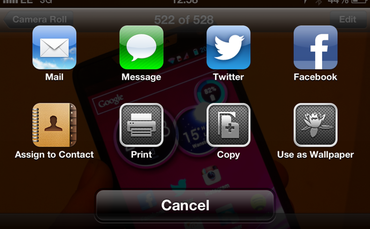 According to the New York Times, Apple has partially concluded a streaming-rights licensing deal with Universal Music Group, one that includes payment arrangements for recorded songs but not for song publishers.

An Apple spokesman in an email declined to comment.

Apple is believed to be working on a service called iRadio that will compete with the likes of Spotify, Rdio and Google Play Music All Access, launched at Google I/O 2013 in May. It remains to be seen how much Apple will focus on social features, given the company’s past failure with its Ping music social network.

Streaming music services allow users to listen to an “unlimited” amount of music that’s limited by the amount of bandwidth available from the user’s ISP. At an estimated 72 MB per hour, streaming songs all day, every day could use up about 52 GB of bandwidth per month. That’s about a fifth of the 250 GB per month that Comcast defines as excessive usage, so constant music streaming shouldn’t be a problem unless the user also engages in other high-bandwidth activities like streaming or downloading movies.

In contrast to iCloud, which Apple makes available without ads at no cost (with extra storage offered for a fee), Apple’s iRadio is expected to be ad supported and may also have a paid premium tier. Several years ago it appeared that Apple intended for online advertising to become a major revenue stream. But its iAd service has been slow to take off. This can be attributed to the strength of Google’s mobile ad offerings, to Apple’s decision to focus on campaigns worth over $1 million at rollout, and to the appeal of in-app purchasing as an alternative monetization scheme for mobile apps.