The hacks are apparently just the beginning of document dumps and defacements for its day of protest, the 5th of November, aka Guy Fawkes Day.

The press arm for Anonymous has announced that it has begun its hacking spree for the 5th of November — Guy Fawkes Day — and claims to have dumped user and employee account information on accounts from PayPal, Symantec, Australian government Web sites and much more. 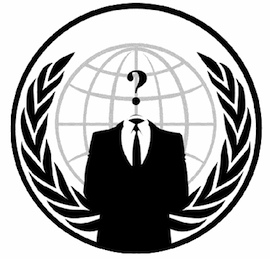 Monday’s main focus seems to be an anti-surveillance protest — as with the recent Anonymous October 20 protest — with November 5th intent aimed at surveillance systems such as TrapWire and INDECT.

Trapwire and INDECT’s opponents believe that the surveillance systems to be direct threats to privacy and certain civil freedoms and that their implementation could constitute human rights violations.

According to the various Anonymous Twitter accounts announcing the hacks and linking to document dumps, this is just the beginning of doc dumps and defacements for its day of protest. News of the protest is being shared on Twitter, Facebook, YouTube, and Pastebin.

Anonymous Australia seems to be the most active at this time.

At the same time, the press arm for Anonymous has announced — via a press release on Pastebin — that it is rallying the public for an in-person V For Vendetta protest at The Houses of Parliament, at 8 p.m. in London.

Protesters in Canada will get a rude surprise if they don Guy Fawkes masks — because last week Canada’s House of Commons approved a bill that bans people from hiding their faces during riots.

We’re watching and following the developments as they happen.