There’s an ongoing debate about Amazon Web Services and its place in cloud computing. While much of the initial skepticism has died off — one rarely hears, “What does a bookseller know about computing?” anymore (other than from VWware executives) — Amazon still gets damned with faint praise. 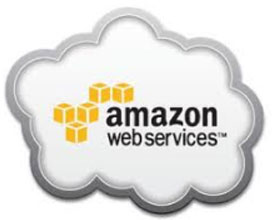 We still hear: “You’ve got to hand it to Amazon for having put together a great offering. Of course, for production applications, IT organizations require enterprise characteristics.” And: “AWS is a fantastic resource that’s used a lot for test and dev.” The clear implication is that only developers find AWS’s value proposition compelling, and when it comes time for serious computing, those applications will be hosted internally or placed with a different type of hosting provider.

The relegation of AWS to the developer ghetto is by no means a given. The perception that AWS serves as a provider of inexpensive, unreliable computing power lags the market reality — many organizations run production applications in AWS, attracted by its easy access and pay-as-you-go pricing.

The adoption of AWS for production applications might also be a testament to the difficulty application groups are having as they attempt to move workloads out of the development process and into production. Motivating many application groups to bypass the IT organization and deploy on AWS is the friction they encounter within IT: higher-priority needs, lengthy purchasing timeframes for capital needs and IT disinterest in supporting what it views as “unimportant” applications. There’s even a term for this state of affairs: Shadow IT.

The debate about how much and why companies use AWS for production applications misses a critical point, however. They are increasingly using AWS to deploy applications designed and built for its characteristics.

So what is AWS good for? Application groups are leveraging AWS’s unique characteristics to deploy applications unimaginable for traditional IT infrastructures and processes. These applications run on hundreds or thousands of virtual machines, are associated with the addition and subtraction of large amounts of server resources dynamically, and are predicated on opex rather than capex expenditures. This setup lets them scale to much larger user populations, support freemium economic models and respond to highly erratic workloads — all unsupportable in traditional IT infrastructure settings.

Join me in Chicago at the second annual Cloud Connect, where we’ll tackle these and other questions in the AWS & Eucalyptus track and half-day Amazon Web Services Boot Camp.