Amazon Web Services Monday reduced its prices on its lowest cost option, reserved instances, by “up to 27%.” That means a reserved instance virtual server may cost 65% less than the comparable on-demand instance running on the AWS EC2 infrastructure at $0.06 per hour. One effect of the move is to reinforce the perception that it’s much cheaper to run Linux than Windows on EC2. Amazon has been wary of Microsoft as a potent competitor with its Windows Server and Visual Studio tools in Windows Azure. 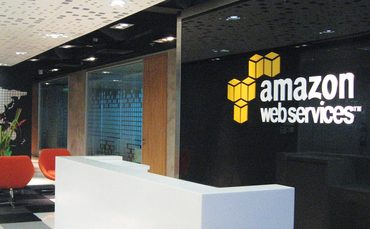 The 65% cheaper distinction applies only to virtual servers running Linux/Unix. A small or M1 standard virtual server, which comes with 1.7 GB of memory and CPU equal to an early 2006 Xeon processor, requires a $61 upfront payment and is available at a rate of $0.034 per hour.

The comparable-sized Windows server requires a $69 upfront payment, after which it is available for $0.059 per hour.

Both of these small servers fall into the one-year, “light” utilization category of reserved instances.

The longer term, three-year reserved instances are priced lower. For a $96 upfront payment, the small, lightly utilized Linux server is available at $0.027 an hour. The comparable Windows server requires a $106.30 upfront payment with a rate of $0.051 per hour.

Prices on the double-extra-large instances are simply double the just stated extra-large pricing, whether Linux or Windows.

The reserved instance price reduction is the 26th such cut announced by Amazon, which has vowed to lower its charges. “We are delighted to continue to pass along savings to you as we innovate and drive down our costs,” the announcement said.

The reductions also have the benefit of making it more difficult for competitors to match pricing on AWS’s EC2 instance offerings, or for new competitors to enter the infrastructure-as-a-service business and make a profit.