Cloud infrastructure-as-a-service (IaaS) revenues grew 15% in 2012 to a total of $12.5 billion, according to Synergy Research, a Reno, Nev., market researcher in telecommunications, in the report, “Amazon Cloud IaaS and PaaS Investments Pay Off,”published Monday. 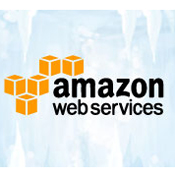 The figure reflects estimated revenues from cloud service providers, such as Amazon Web Services, not the total cloud market. The total market also includes software sold to enterprises for managing private clouds and services sold to consumers from the cloud.

Amazon Web Services leads the infrastructure market with revenues that are about seven times as large as its closest competitor’s, IBM. Synergy didn’t disclose specific revenue estimates for each but displayed their relative positions in a bar graph. Neither company lists its IaaS-specific revenue figures in its quarterly reporting.

But Synergy said Amazon leads one of the fastest growing areas of cloud computing. IaaS revenues grew 55% in 2012 over 2011, and Amazon commands 36% of IaaS revenues.

Another fast-growing area of cloud computing is platform as a service (PaaS), the assembly of tools and programming frameworks in a cloud setting that speeds software development. The Synergy report said it was growing at a rate of 57%. Synergy named Salesforce.com, with its Force.com development platform, Apex language and VisualForce user interface, as the market leader in PaaS with a 19% share of the market. Amazon Web Services is number two. Microsoft’s Windows Azure is number three, but all three are grouped much more tightly together than the IaaS vendors. Synergy didn’t list market shares for the second- and third-place vendors.

Amazon hosts such PaaS vendors as Heroku, ironically owned by Salesforce.com but using EC2 as a compute platform, and Engine Yard, along with many others. It’s possible the huge body of Windows Visual Studio and .Net programmers will allow Microsoft to overtake Amazon, but Amazon PaaS vendors tend to provide many of the languages that are used in website and Web application development, including Ruby on Rails, PHP and Python. Salesforce leads, but instead of Microsoft overtaking Amazon, Synergy said it was more likely that Amazon would overtake the market leader.

Rackspace shows up in another service category, managed hosting. Managed hosting, where a third-party data center runs a set of applications and services for an enterprise, has been around longer than cloud computing and Rackspace started out in the managed hosting business. It branched out into IaaS when one of its employees, Jonathan Bryce, built out the Mosso cloud on its premises in 2005, which eventually became the Rackspace IaaS.

But Rackspace didn’t show up in the top three IaaS providers, as far as Synergy carried its public summary of the cloud market. Instead it shows up as the managed hosting leader, just ahead of Verizon and NTT. And that means, of course, that Rackspace’s cloud business, while growing, is still much smaller than its traditional, managed hosting business.

In another category, co-location services, Synergy said Equinix is the market leader with more market share than the second- and third-place finishers combined. They were Savvis, owned since April 2011 by telecommunications provider CenturyLink, and SunGard. Co-location is growing at a 13% pace.

In content delivery networks, Akamai has greater market share than that of Level 3 and Amazon, the second- and third-place holders respectively, combined. Amazon launched Cloud Front in September 2008 and has been slowly growing market share to its current 7%, which as illustrated in the chart was about half of Level 3’s and one-fourth of Akamai’s.

One interesting point to emerge from the Synergy report was that co-location and hosting services, although growing more slowly than cloud computing, still amount to 74% of the third-party data center and telecom market. When the marketplace is looked at that way, Amazon is the market leader in North America and NTT leads in the Asia-Pacific region. France Telecom-Orange, British Telecom, and Deutsche Telekom are fighting it out for leadership in Europe, the Middle East and Africa. Co-location is growing at 13%; managed hosting, at 6%.

“Traditional telcos are strong in the more mature managed hosting segment, where they account for eight of the top 10 operators, but their impact on the IaaS and PaaS segments has so far been muted,” said Synergy Research Group’s John Dinsdale.

“There is a fascinating battle for market share developing. We have no doubts that they will more aggressively target those segments in the coming years,” said Dinsdale.