2012: The year cloud computing took a bite out of IT

As new public cloud plays leap in and the private cloud slowly evolves, we’re on the brink of a shift to cloud computing for critical business workloads

When we started talking about cloud computing five years ago, it meant one thing: Services such as Amazon or Salesforce that customers could self-provision over the Internet and pay as they go.

That’s what we call the “public cloud” today, as opposed to the “private cloud,” which refers to the application of public cloud technologies and practices to one’s own data center. And guess what? The public cloud was where the action was in 2012 — and it’s where much of the action is going to be in 2013. According to IDC, businesses will spend $40 billion on the public cloud this year, rising to nearly $100 billion in 2016. 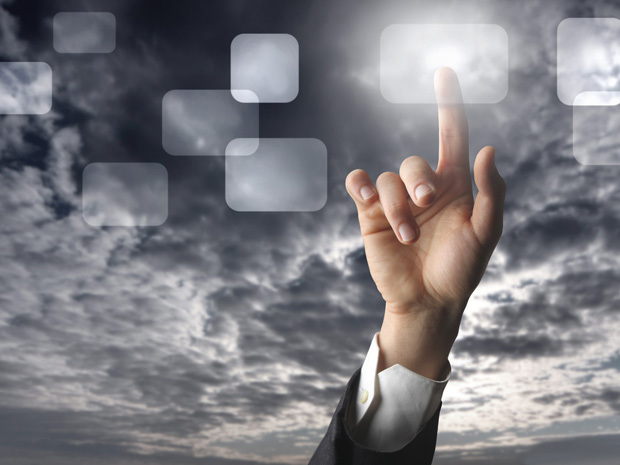 Despite that rapid growth, public cloud dollars still represent a small fraction of the trillions of dollars devoted to IT globally every year. The data center isn’t going anywhere — but it needs the greater efficiency and agility the private cloud offers. The question of the day is whether the private cloud will evolve quickly enough to stop an accelerated exodus to public cloud services.

The rush to infrastructure in the cloud
In 2012, the biggest thing to happen to the cloud was the arrival of three major new IaaS (infrastructure as a service) players: Google Compute Engine, HP Cloud, and Microsoft Windows Azure. All three entrants face an uphill battle competing against the incumbent leader Amazon Web Services — and even against Rackspace, long the distant No. 2 IaaS provider.

Why the surge in providers? IaaS revenue continues to grow, of course, but I think the real driver is anticipation of a long-awaited tipping point: when enterprises start moving their production workloads — as opposed to dev and test or batch processing jobs — to IaaS platforms.

Up until now production IaaS workloads have tended to originate with other tech players, from consumer companies like Netflix to small PaaS (platform as a service) players such as Engine Yard. I think 2013 could be the year when that changes. I’ve had several off-the-record conversations over the past few months that convince me we’ll see a number of large enterprises move core applications — including ERP — to IaaS providers in the coming year.

It’s no surprise, then, that Google, HP, and Microsoft are positioning their offerings as much more tailored to enterprise needs than Amazon Web Services, which the insurgents like to dismiss as generic and ill-suited to run enterprise production workloads. That might have been true a few years ago. But today, Amazon has a tremendous lead — in virtual machine configuration options, in the native services it offers, and in the huge partner ecosystem it has developed. Amazon continues to expand its enterprise sales and support, bulk up its SLAs, and now offers “virtual private cloud” services that provide greater isolation among customer workloads.

Regardless, in a ballooning market, everyone has a shot. Google Compute Engine, currently in beta, claims it will have a performance and reliability advantage. HP Cloud seems willing to bend over backward to accommodate particular enterprise needs — and promises “convergence” with its private cloud offerings to support unified management.

Windows Azure may be the most interesting case of all. Over two years ago it officially launched as a PaaS catering to Microsoft developers who wanted to build and deploy applications in the cloud. Adoption was not brisk. In the summer of 2012, Microsoft quietly added IaaS — including support for Linux and MySQL — backing off its long-held assertion that PaaS was the vastly superior option.

Coding in the cloud: For lightweight apps only
Of course, Azure has plenty of PaaS company; Google’s App Engine, VMware’s Cloud Foundry, Red Hat’s OpenShift, and Salesforce’s Force.com and Heroku are the most prominent. But there are many smaller players, including Zend Developer Cloud for PHP coders, CloudBees for Java programmers, Joyent (also an IaaS provider) for Node.js programmers, and AppFog, which supports multiple languages.

As far as I can determine, PaaS has not gained much traction with enterprise developers at all. Instead, small ISVs that build and deploy mobile or Web apps — or agencies contracted by enterprises to build public-facing Web apps — tend to form the bulk of PaaS customers. It’s not hard to see why: These platforms provide a quick way for independent developers to dev, test, and deploy Web apps, yet enterprises are none too thrilled about putting their intellectual property in the hands of PaaS providers.

PaaS offerings by their nature provide one environment for many developers, whereas developers of more complex apps tend to have a multiplicity of tools and ways of doing things, including multiple languages, which may or may not be the same mix offered by a PaaS. Again, the road leads to IaaS providers, which enable customers to set up environments any way they like and offer bundles of ready-to-use database and app dev services besides.

That said, I think we’ll see a significant increase in enterprise PaaS adoption in 2013 — just not by core enterprise developers. Instead, at the departmental level, those frustrated with the slow pace of enterprise app dev will turn to PaaS to create the apps they need on their own. This is probably already happening more than enterprise IT knows.

Meanwhile, IDC has identified a potentially vast segment it dubs “industry PaaS.” The idea is that businesses themselves will create industry-specific PaaS offerings that will enable other businesses in the same vertical to build and deploy vertical apps — and even sell those apps to each other in app stores. The New York Stock Exchange already has a PaaS offering for trading apps; Johnson Controls has one for energy-conserving “smart building” apps. If it takes off, industry PaaS will provide a clear indication that the cloud is loosening enterprise IT’s grip on core technology.

Oracle leaps into SaaS
The second biggest cloud news of the year was that Oracle finally decided to jump in. The Oracle Cloud will eventually include a full range of enterprise SaaS (software as a service) applications — including ERP — along with a Java PaaS offering. There is some debate, however, over whether Oracle Cloud deserves the “cloud” label at all.

According to Oracle, its SaaS applications are not multitenanted in order to address enterprise concerns about the security of shared infrastructure. Unlike the usual SaaS model, each customer gets its own application instance and will be able to control (within the range of a year) when application upgrades occur. Critics say that’s more like hosting than the cloud and will make application management difficult at scale; others say that if the SaaS user experience is the same, who cares?

Either way, Oracle joins legions of providers offering every conceivable Web application. Workday, the SaaS HR and ERP provider that boasts the founder of PeopleSoft as its co-CEO, went public in 2012. And cloud collaboration of every possible stripe exploded, from enterprise social networking plays to new file-sharing competition for Dropbox and Box. One of the most interesting plays, a cloud repository and versioning platform for “social coding” known as GitHub, nabbed a whopping $100 million investment from ultrahip venture capital firm Andreessen Horowitz.

But SaaS — in fact, all of the cloud — suffers from a number drawbacks. Businesspeople may be sick of waiting for IT, but the prospect of users subscribing to whatever SaaS applications they want sets off alarms for both IT and business management. How do you control the spend? How do you keep company data from being exposed accidentally? When employees leave, how do you even know what they’ve subscribed to so that you can shut down access?

But the genie is already at least halfway out of the bottle. We’re at the point when just about every company of significant size has fired up an IaaS account for dev and test or contracted with a SaaS provider because it made more sense than deploying a certain app on premises or filing some detailed request to the ops guys in the data center.

The slow ascent of the private cloud
Basically, private cloud software is a management stack you deploy on top of a virtualized infrastructure. Today, the main private cloud objective is to manage large virtual server farms with an agility that was once exclusive to public cloud providers.

But the private cloud’s virtualization management extends to storage as well as network virtualization, the latter a cutting-edge area that enables administrators to deploy multiple, secure virtual networks on top of a single physical network infrastructure.

Part of what all this technology is intended to enable is self-service, so that business stakeholders can provision their own applications and resources. Another important component is chargeback: With pooled resources, you need a way to allocate costs throughout the organization.

The biggest deal in the private cloud this year was clearly OpenStack, an open source “cloud operating system” built on the collaborative work of NASA and public cloud provider Rackspace. OpenStack has tremendous community momentum, plus the support of key vendors, including Cisco, Dell, HP, IBM, and Red Hat. That’s impressive for a project whose first release was in late 2010.

Yet today, few enterprise customers are attempting to deploy OpenStack in a production environment.

OpenStack is similar  to the Linux kernel, in  that vendors add value  around it to make it  practical to deploy and  maintain. A number of companies, including  big players like HP and  startups like Nebula and  Piston Cloud, are doing just that. Others, including Red Hat and Rackspace, are offering their own fairly raw OpenStack distros wrapped in scripts to ease deployment. In other words, for the most part, the fully packaged OpenStack solutions are still being baked, and only the boldest customer would consider downloading, installing, and firing up OpenStack for anything except experimental purposes — especially when the bits are undergoing major revisions every few months.

Meanwhile, OpenStack is hardly the only game in town. VMware probably has one of the more mature commercial private cloud solutions, thanks mainly to vCloud Suite. Plus, one of the big cloud events of 2012 was VMware’s $1.2 billion acquisition of Nicira, a hot little network virtualization company that, along with Cisco, has led the development of the Quantum network service component of OpenStack. Then there’s Microsoft — Windows Server 2012 and System Center 2012, released this year, together offer a viable private cloud solution.

And that represents an irony of the private cloud: Many of the early adopters of these do-it-yourself cloud stacks are public cloud service providers — who will of course opt for open source solutions. HP and Rackspace, for example, both offer IaaS based on OpenStack. For private cloud enterprise customers, only those that have already implemented wide-scale server virtualization need apply, and adoption of more advanced private cloud functionality will take years.

Just get it done
A long private cloud gestation period for the private cloud may not bode well for IT. Once, users and the competitive marketplace in which they operated were willing to endure protracted waiting periods for suitable solutions. No more.

Expectations have changed. Consumer technology, from mobile devices to social networking, simply works. The business version of that experience can be found in SaaS, where browser-based applications are typically simple to use — and more important, where users can simply fire up an account on their own rather than waiting for IT to procure, deploy, and maintain an on-premises application. No wonder the adoption public cloud services continues to accelerate.

It’s clear that IT needs to catch up with that agility, unless it wants to cede more and more of its domain to the public cloud.