Amazon gets help to lure big business to the cloud

As Amazon.com Inc seeks to transform itself into a leading provider of technology to the world’s largest corporations, it’s discovering that it needs help. The online retailer, which since 2006 has moved aggressively into the business of renting remote computing, storage and other IT services, is roping in thousands of consulting and technology partners, from Cap Gemini SA to BMC Software Inc , in a major push to woo big-spending corporate customers to its cloud computing division. 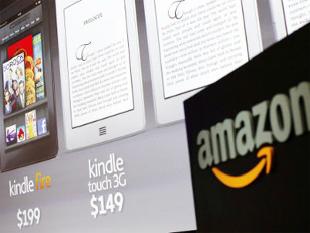 Amazon Web Services (AWS), as the business is known, has been a hit with start-ups which need robust and inexpensive Web services that they can purchase as the need arises. But big corporations and government agencies, often referred to as enterprise customers, represent a far larger opportunity: they spend more than $300 billion a year on data centers, Bernstein Research estimates.

Enterprises, however, are far more demanding than start-ups, requiring better service guarantees, closer tracking of expenses, special features for regulatory compliance and much more. Thus a network of middlemen who develop solutions that work on AWS servers has become central to Amazon’s strategy as it takes on established enterprise technology giants such as Oracle Corp and International Business Machines Corp and competes with newer cloud rivals Microsoft Corp and Google Inc.

“Businesses want a full dish to eat, while Amazon serves up ingredients and asks users to get cooking,” said Matt McIlwain, a partner at Madrona Venture Group. “Enterprises are willing to pay to get the completed dish. Amazon recognises this. That’s why they have created a network of partners.”

Madrona, headed by long-time Amazon board member Tom Alberg, has invested in a number of start-ups that help enterprises to use AWS and other cloud services, including 2nd Watch, Apptio and Skytap. AWS has more than 4,000 members in its partner network, up from fewer than 1,000 in the first quarter of 2012, according to Terry Wise, its head of global business development.

“I get calls all the time from enterprises that want to use AWS. They say ‘we wish that they did X, Y or Z.’ They often go to an AWS partner to fix these problems.” A study by Hilgendorf and his Gartner colleagues this year concluded that AWS meets 71 percent of what enterprises need to fully embrace public cloud computing.

Consultants that work with AWS say its SLAs are not always adequate for the needs of large enterprises. The one for AWS’s popular “EC2” computing service, for example, guarantees downtime will not exceed about 22 minutes a month, according to calculations by Gartner and Cap Gemini.

Yet some enterprises require downtime to average no more than 5 minutes a month, said Joe Coyle, Cap Gemini’s chief technology officer in North America. To fix this, Cap Gemini weaves together AWS servers in different regions around the world to make sure that if one data center area goes down, the rest of the network keeps running.

“We turn around and write a new contract with the client,” Coyle said. “The client would not even know they are on AWS if they didn’t ask.” Cap Gemini has nine enterprises using AWS in this way, including intercity bus carrier Greyhound Lines.

Other companies, such as start-up 2nd Watch, are also developing their own approaches that guarantee less downtime than AWS itself. The AWS partners can also help enterprises keep existing systems and have them work with AWS, an increasingly popular strategy known as “AWS plus one.”

RightScale helps Samsung SDS America, a unit of Samsung Electronics, use AWS alongside OpenStack, a cloud platform promoted by Rackspace and other AWS competitors. “Enterprises love the cloud. They just don’t want to only use AWS,” RightScale CEO Michael Crandell said.