Amazon Employee: Working On Amazon’s Cloud Can Be A Dull Job

When it comes to cloud computing, there’s no bigger name than AmazonWeb Services (AWS). Yet the company is surprisingly tight-lipped about its cloud. It doesn’t disclose revenues. It will only let a scant few top-level AWS execs talk to the press and only on rare occasions. 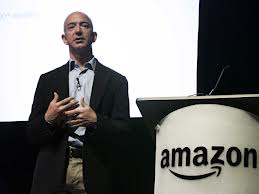 A former AWS engineer recently conducted an Ask-Me-Anything session on Reddit, something the company would certainly not approved of if he was still working there.

One of the most surprising things he said was that working as a software engineer on the world’s biggest, most prestigious cloud can be a super boring job.

The ex-AWS engineer had been asked a question about job interviews at Amazon. Someone wanted to know why Amazon asks programmers technical questions about 1990’s-era computers when computers have changed a lot since then.

“Amazon is a product of the past laying the groundwork for the future. One of my friends who was a SDE (Software Development Engineer) had the most mundane tasks ever. He actually quit as well and went to work somewhere for a little less money, but doing some far more rewarding work.

“Putting Amazon SDE on your resume is quickly turning into the same thing as putting Google SDE on your resume. So, while you may feel it’s boring, the real reward will be the job opportunities in the future.”

For what it’s worth, Amazon employees rated the company 3.3 stars out of 5 in terms of overall job satisfaction, slightly lower than Microsoft‘s rating (3.6 stars) and quite a bit lower than Google’s rating (4.1 stars).

And obviously, not every Amazon engineer feels that way. Distinguished engineer James Hamilton has a great life in his role keeping AWS running smoothly. He often works remotely from his yacht from Hawaii.