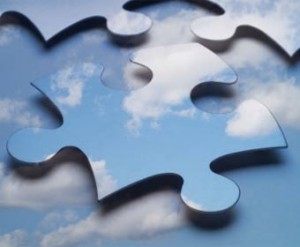 AWS training for technical staff concludes with an independently verified exam. In AWS’s case, there will be three certifications: a Solutions Architect, SysOps Administrator and Developer. Test center sponsor Kryterion will act as the verifier; it has testing centers in 100 countries.

But neither Jassy nor other Amazon officials addressed parent company Amazon.com’s core financial position and whether it will be able to indefinitely sustain its breakneck pace of innovation and price cutting. It has long been a mystery to what extent AWS is an independent business unit of Amazon.com and whether it relies on cash flow from the parent company. The revenues it generates appear in the “other” column of Amazon.com’s fiscal reporting.

Amazon Web Services generated $2.1 billion in revenues in 2012, according to an estimate by Ben Schacter, the Macquarie Capital analyst who is thought to have one of the strongest information pipelines into AWS. Those revenues will grow to $3.8 billion in 2013 and $6.2 billion in 2014, he has said in his reports on Amazon.

Those are impressive numbers, but earlier this week, Curt Anderson, CFO for Microsoft’s Server and Tools business, said Microsoft had crossed the $1 billion mark in its own cloud revenues. Windows Azure debuted three years after Amazon’s EC2 and is still playing catch up. Microsoft “probably has more net new growth opportunity in front of them than anyone,” Forrester Research analyst James Staten told Bloomberg.

What exactly does Anderson’s figure claim? Anderson told Bloomberg that some of those revenues came from the sales of Windows Server 2012 and System Center to third parties who use them to offer their own services on Azure.

Meanwhile, a RightScale survey found that many enterprise cloud users have started with Amazon but continue to run tests and experiments using the primary competing suppliers, including Azure, Google Compute Engine and Rackspace.

Jassy illustrated AWS’s commitment to innovating in cloud services by citing 70 new instance types, features and services initiated by AWS since the start of 2013; one of them is AWS Trusted Advisor, which tells a customer if a cloud instance is sitting idle or typically runs at a steady state that makes it a candidate for use as a lower cost reserved instance. There were 160 such features and services added in 2012; 80 in 2011and 60 in 2010.

“That pace continues to increase. Our roadmap is prioritized by what you tell us matters,” he told the Moscone Convention Center crowd.

Amazon continues to build out its cloud data centers as well. Jassy said that each day AWS was adding capacity equal to what it took to power all of Amazon.com’s $5 billion retail operation in 2003.

In other highlights, Jassy said AWS spent six years acquiring the first trillion software objects stored on its S3 long term storage. In the past year, it added its second trillion. Amazon offers its own scale-out version of Hadoop, Amazon Elastic Map Reduce, has initiated 5.5 million server clusters to run the service and handles 1.1 million requests a second for results from the service.

In each case, Jassy told attendees, Amazon Web Services is providing building block services for developers without restricting or guiding them in how they must be used. “We very consciously decided we were not going to be paternal ,” he noted, a fact that has both stimulated and frustrated those trying to use EC2 and related services for the first time. Among other things, many developers did not realize when first using EC2 that Amazon took no responsibility if a piece of hardware died while a system was running on it. It was up to the developer to architect his workload so that it could fail over to another piece of hardware in the cloud, in the unlikely event of a device failure.

Amazon.com’s investment in fulfillment centers is supposed to introduce more efficient operations and faster deliveries , something sought by Amazon.com’s Prime customers, who pay $79 a year to order what they want without paying for shipping. The number of Prime customers has grown, as has the cost of serving them.

Amazon is investing heavily in capital improvements, including the $1.4 billion purchase of its Seattle headquarters, which it formerly leased, plus additional space for new Amazon offices. It has three new fulfillment centers in the works, and is making “additional investments in support of continued business growth, including Amazon Web Services” infrastructure, Szkutak said in the first quarter earnings report.

Critics have charged that Amazon, which reported a loss of $39 million for the year in 2012, is getting further from, not closer to, a return to profitability as it continues its capital expenditures and AWS build-out. Amazon customers spent the same amount with the online retailer in 2012, according to Timothy Phillips, as they did in 2011, while Amazon’s expansion program appears to depend on customers spending more each year. On the other hand, Amazon.com now has 209 million active customers.

“The cloud has changed what is fundamentally possible,” Jassy said repeatedly at the AWS Summit. But has Amazon.com’s retail business taken on such proportions that it can continue to finance both retail and AWS expansion? Or will AWS revenues at some point soon stop appearing under the “other” column and start being reported and financing AWS’s future on their own?