Amazon.com Inc made quite a splash in mid-December by announcing it will extend its cloud-computing services — Amazon Web Services — to China, beginning with a limited preview in early 2014. 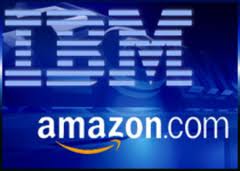 Hours before Amazon’s official announcement, Aliyun, the cloud-computing arm of China’s e-commerce king Alibaba Group Holding Ltd, said it will cut the price of its services by up to 35 percent. Hours later, IBM jumped on the bandwagon and announced it is teaming up with a local partner to provide high-end smart cloud services to enterprise users in China.

It appears that a war has been declared in China’s small but potentially huge cloud computing sector with the arrival of Amazon Web Services. However, as a popular and globally dominant cloud service provider, it is said it will only level up the overall cloud computing system in China rather than simply cutting itself a big share of the market.

“Amazon Web Services is a quite mature cloud-computing service provider. It is expected to act as a catalyst in China’s cloud-computing industry. Its presence in China will not only bring healthy competition but will also help build up a better cloud-computing system,” said Evan Zeng, a Beijing-based analyst with Gartner Inc, a US information technology research and advisory firm.

Although Amazon, which has built up its business empire through e-commerce, has never revealed the size of its cloud-computing business, research by Gartner in August estimated its revenue was larger than the combined sales of the other 14 cloud service vendors, including IBM Corp and Microsoft Corp.

Even Jeff Bezos, the founder and chief executive officer of Amazon, said at a conference in November that cloud computing could be the company’s biggest business in the future as the demand for cheap computing and storage power keeps rising.

With AWS, Amazon claims it is filling a hole in the Chinese market. “We started to work on this (cloud computing) about 10 years ago. We have been getting good at running highly reliable, cost-effective datacenters,” Andy Jassy, senior vice-president of AWS, said at a recent Beijing news conference, where he announced that China will be the fourth part of the Asia-Pacific region and the 10th region globally to get access to Amazon’s cloud-computing service.

He admitted that there are many competitors that offer cloud-computing services, but Jassy emphasized that “they cannot get the experience AWS has until they get to the same point on the learning curve”.

Amazon’s strong confidence is probably the main reason behind Aliyun’s feisty behavior of not only lowering its prices for cloud services but also providing 100 million yuan (16.39 million U.S. dollars) of incentives to support the development of all participants in its cloud computing supply chain.

Aliyun OS is a Linux distribution designed for smartphones based on the Android Open Source Project. It was developed by AliCloud, a subsidiary of Chinese company Alibaba Group.

Although many Chinese companies offer cloud services, including Baidu Inc and Tencent Holdings Ltd, Aliyun is the one under the most pressure from AWS, said Qian Lili, an analyst with Analysys International.

Alibaba has been called the “Amazon of China”. It has also been making more moves to become a one-stop shop for small and medium-sized enterprises conducting business online. That includes online marketplaces, back-end e-commerce merchant services and its own cloud-computing platform.

According to Qian, the upcoming limited preview of AWS in China may not be able to completely change the market landscape of the cloud-computing industry in China but it can certainly push some small players out of the market.

AWS may seem new to China, but it has already counted “thousands” of Chinese companies, including Xiaomi Corp, Qihoo 360 Technology Co Ltd and TCL Corp, as its clients. They have already used the company’s cloud-computing service when doing business outside China.

“These companies, which have the experience of using Amazon’s cloud services outside China, can be easily won over by AWS so long as its pricing strategy in China is reasonable,” said Liang Xiao, a senior analyst with CCID Consulting.

“I’d be happy to test the cost performance of Amazon’s cloud offerings in China. If it meets our requirement, we’d be happy to become a China client of AWS,” said Tan.

It may be a challenge for Amazon to get more Chinese clients because most Chinese companies that use cloud-computing services are cost-sensitive smaller companies.

However, Gartner’s Zeng is not worried about the competitiveness of the price of AWS. AWS claims hundreds of thousands of customers globally. The sizable group of customers enables AWS to reduce its cost several times a year, he said.

According to Zeng, Chinese cloud-computing providers are not in the same league as Amazon. “Most Chinese cloud vendors are only able to provide such services to small companies or startup companies with up to 20 employees,” he said.

“AWS is able to serve large enterprises or government organizations because its solutions are more stable and transparent.”

Other analysts hold different opinions. Some pointed out that the PRISM scandal last year has cast a shadow on foreign IT companies. The scandal is an ongoing controversy surrounding the US National Security Agency’s data-mining operation of millions of customers from major telecommunications providers in the United States, as well as its clandestine electronic surveillance program.

“Plus, localization is also a big challenge for any newcomers to the Chinese market. How to utilize AWS’ experience and advantages in China while at the same time following the rules and regulations in the country is not easy at all,” said Charlie Chen, a market analyst with IDC China Services Research.

Amazon is clearly aware of its startup position in China. At the recent news conference in Beijing, the company announced its AWS operation in the country will be rolled out in partnership with Chinese local players ChinaNetCenter Co Ltd and Beijing Sinnet Technology Co Ltd. The two companies will be providing data centers and Internet service providers’ services such as infrastructure, bandwidth and network capabilities.

In addition, Amazon also signed a memorandum of understanding with the Beijing and the Ningxia Hui autonomous region governments to jointly develop cloud-computing services “to help foster development of a robust IT sector in western China, empowered through cloud computing, that enables more Chinese customers to innovate and grow existing and new businesses”, the company said in a statement.

Through teaming up with the government, AWS has already got its first government client in China. The government of the Ningxia Hui autonomous region, where Amazon’s China data center is expected to be located, has announced its intention to use AWS cloud services to power its public service applications in an effort to fully utilize the benefits of cloud computing to improve the efficiency and user experiences of its public services.

It’s too early to tell who will get a bigger share of the pie. But insiders all agree on the same thing: The cloud-computing sector in China will never be the same once AWS arrives.

Zeng pointed out there is a bigger picture regarding AWS’ moving its cloud business to China. “Not only will a large number of cloud-computing suppliers follow AWS to China, but the healthy competition will drive down the prices of cloud offerings, which will attract more customers into the sector,” he said.