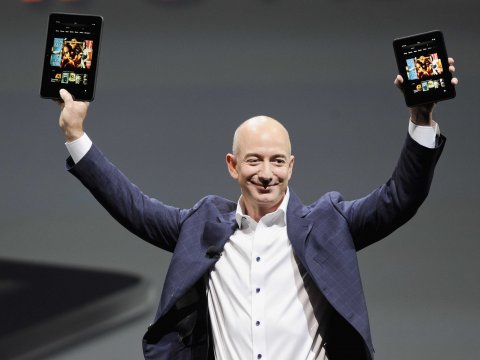 But IBM faces an unlikely challenger in Amazon.com Inc, the e-commerce retail giant that is becoming a force in the booming business of cloud computing, even winning backing from America‘s top spy agency.

“AWS is having a really meaningful impact on IT and the big incumbent companies like IBM are reacting to that now,” said Colby Synesael, an analyst at Cowen & Co, who covers RackspaceHosting, one of Amazon’s main rivals in the cloud.

But its stock hit a record $309.39 on July 16 and is up more than 22 percent this year. In contrast, Oracle is down 4 percent in 2013. IBM, which reported a fifth straight quarterly sales fall on Wednesday, is up 1 percent. (For a chart: http://link.reuters.com/nah79t)

“Auto-scaling is very complex and there are not many cloud providers that can do it well, but Amazonis great at it,” said Kyle Hilgendorf, a cloud computing analyst at Gartner. “I don’t think anyone thinks IBM has a better cloud service.”