Amazon.com, Inc. (NASDAQ:AMZN) will pilot its expanding cloud computing service for businesses in China in early 2014, the company said Wednesday. 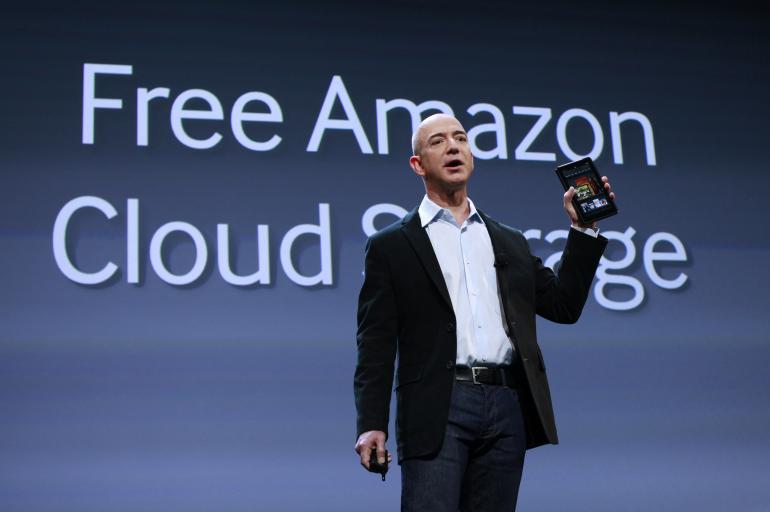 Amazon’s popular and globally dominant cloud computing service helps businesses eject capital costs for IT infrastructure. The cloud service is expected to earn Amazon $3 billion in revenue in 2013, which could ramp up to $8.2 billion by 2017, UBS AG analysts said in a November note to investors.

Despite increasing competition, Sheridan expects Amazon to remain the market leader in this field in coming years. He added that its cloud service is key to driving its overall 20 percent target for annual revenue growth.

A “select group” of China-based and multinational businesses will participate in the pilot, whereas Amazon will partner with local Chinese providers like ChinaNetCenter, a data center provider, and Sinnet to deliver the service, the company said.

The move represents a careful step by Amazon in China, where Internet use is heavily regulated. The company signed a memorandum of understanding in Beijing on Wednesday — with Beijing’s municipal government and the government of the Northwestern Ningxia region — in a bid to partner with the Chinese government.

The Ningxia local government will even use Amazon’s platform to help deliver normal public services.

“This will help fully utilize datacenter and infrastructure resources in Beijing and Ningxia, and provide highly reliable and secure cloud services to millions of Chinese customers,” Yuan Jiajun, executive vice chairman of the Government of Ningxia Hui Nationality Autonomous Region, said in a statement.

The move could also step up competition with regional e-commerce giant Alibaba Group, which dominates the Chinese market. Alibaba also has a cloud computing arm, started in 2009, which provides its sellers with data services.

Although some Chinese customers are already using Amazon’s cloud platform, they had to use infrastructure based overseas, and internationally tailored services. The new system will allow Chinese companies to run off Chinese infrastructure, reducing lag and letting them store their data in China. Existing Chinese clients include smartphone company Xiaomi Inc. and biotech firm Tiens Group Co. Ltd. Amazon’s U.S. clients include the CIA, Netflix, Inc. (NASDAQ:NFLX), Pinterest and Pfizer Inc. (NYSE:PFE).

Amazon held a major conference about its cloud computing business in November called the AWS re:Invent, where it unveiled new infrastructure services, including real-time big data processing. That’s expected to help businesses with analytics, like advertising and social media metrics.

“We expect these high levels of AWS growth to be driven by aggressive hiring of new personnel, continuous price cuts, new product and services introductions, and an overall disruptive approach to operating the business,” they wrote.

“That said, we believe that high levels of competition, constant industry price reductions, and the emergence of Microsoft, Google, and others as formidable competitors may slow AWS growth over the coming years.”

Still, even by 2017, sales from Amazon Web Services is only expected to contribute 5 percent of total Amazon sales. Amazon earned $61 billion in global revenues in 2012. Amazon’s Kindle e-reader has proved a modest success in China, beating initial industry expectations.

Morningstar Inc. analyst RJ Hottovy said in a note to investors in late October that Amazon’s cloud computing business has still “experienced its share of growing pain.” Some could argue that the cloud computing emphasis is a “peripheral” business and a distracting risk to Amazon’s chief business, he said.

Research firm IDC estimates that there could be nearly 2,000 servers for cloud computing in China already, with business coming mostly from large or very large corporations, and governments and schools. That market could be worth at least $122 billion by 2013,  Bloomberg Businessweek reports.