When Amazon.com won a ruling last week that that upheld Amazon Web Service’s winning bid for a $600 million CIA contract, it issued a low-key response: “We look forward to a successful relationship with the CIA.” 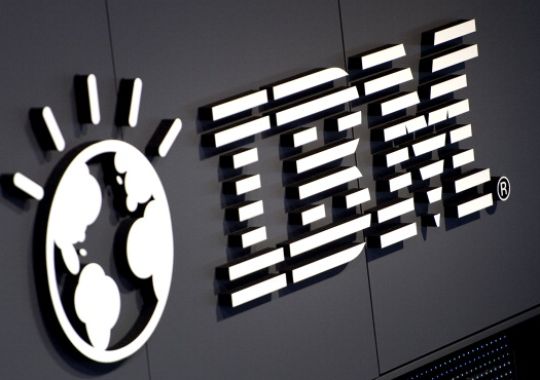 IBM on Feb. 26 had protested the award on the grounds its own bid to build and operate a dedicated, private cloud facility for the CIA was $54 million lower than Amazon’s bid. The Government Accountability Office then reviewed the bids, and collected legal briefs from the two parties through April and May. After a May 14 evidentiary hearing, the GAO issued a 505-page report on June 6 upholding the IBM protest in part.

The CIA began to follow the GAO finding and reopened negotiations, soliciting revised, final proposals. Amazon filed suit July 24 in the U.S. Federal Court of Claims, saying the CIA’s corrective action was “overbroad, unreasonable and in violation of federal law and regulation.” It also objected to competing with IBM again on an even footing after so much of its bid information had been disclosed to IBM in the bid debriefing process. The decision by the Court of Claims was in reaction to that filing.

The court issued a bench ruling awarding the CIA’s C2S contract once again to Amazon, “due to the urgency and importance of the C2S.” The CIA would like to get its facility built to that it may analyze 100 TBs of raw data at a time through a MapReduce-style system. MapReduce originated at Google and distributes data to server disks in a cluster, then requires the data located close to the server CPU to be processed there. Hadoop uses MapReduce along with its own file system.

But the written ruling offers some explanation for the original CIA award Feb. 14 and the Oct. 7 bench ruling in Amazon’s favor.

“As a threshold matter, IBM lacked any chance of winning a competition with AWS for this C2S contract,” the ruling said, and therefore it lacked standing to claim prejudice in the way the contract had been awarded. The GAO failed to assess whether IBM had the standing to file the protest that it did, said the ruling.

The court also objected to GAO failing to spot maneuvering by IBM’s lawyers. “The GAO failed to address the way in which IBM manipulated its pricing to create a bid protest issue,” it said. IBM “drastically departed from the approach followed in its initial proposal when it came to submitting its final proposal revision” for one set of requirements, known as Scenario 5. IBM had closely questioned the CIA on what it expected from the Scenario 5 requirements. By revising its final bid on Scenario 5, it gained the position to “argue that the agency did not evaluate Scenario 5 prices on a common basis. IBM was the only offeror who appeared to ‘misunderstand’ the Scenario 5 pricing requirements,” the court said.

During the case, IBM lawyers had strongly objected to the representation that it had manipulated the bidding process to create a protest issue. But the court “does not see any other explanation for IBM’s final pricing strategy,” the ruling said.

Several cloud providers had expressed interest in bidding on the CIA contract, actual bids were submitted only by IBM and Amazon. “The agency deemed Amazon’s proposal superior to IBM’s proposal in every category except management, and except for ‘security’ where each proposal received a ‘pass’ rating,” the ruling said.

In a demonstration of its technical approach, Amazon Web Services won a “very good” rating and IBM, “marginal.” In its proposed management approach, however, IBM won the “very good” rating from the CIA, while Amazon was rated, “satisfactory.” When all factors were considered together, the risk of going with Amazon was deemed “low,” while the risk of going with IBM was deemed to be “high.”

And even though IBM had bid the lower price, the CIA evaluators noted that it had requested a first year minimum payment on the contract of $39 million, or double the amount it was likely to spend, meaning the CIA would be forced to make a year-end payment on services that it had not yet received. Evaluators then noted IBM by its terms would be allowed “to request restructuring of the entire agreement after year two.” These terms allowed IBM to propose a low price for the agency’s evaluation purposes, but then to argue for negotiation of a higher price in the later years of performance.”

The evaluation left the CIA with the conclusion that Amazon had submitted the better bid.