In a pleasant surprise, the New Jersey Division of Taxation recently issued guidance announcing that sales tax is not due on most cloud computing services. New Jersey’s position is contrary to a growing national trend in which many states have taken the position that cloud computing is subject to sales tax as the sale of software. 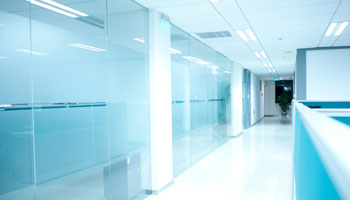 software as a service (SaaS), which offers the use of software on a per transaction basis, through a service contract or by a subscription;

platform as a service (PaaS), which provides access to computing platforms; and

infrastructure as a service (IaaS), which provides hardware, software and other equipment and services necessary to support and manage the content and dataflow of its customers.

The technical bulletin says that software as a service is not subject to New Jersey sales tax as the sale of software because it is not delivered in tangible form, it is not downloaded onto the customer’s computer and title to the software is not transferred to the customer.

The furnishing of information of any kind, which has been collected, compiled or analyzed by the seller and provided through any means or method, other than personal or individual information which is not incorporated into reports furnished to other people.

The bulletin then cites examples of taxable information services such as Westlaw, LexisNexis, Commerce Clearing House (CCH) and Rich Internet Application (RIA). But it would appear that most other classes of

SaaS that do not involve compiling or analyzing information should not fall into the taxable information service category. This is a fact-based determination, which would require analysis on a case-by-case basis.

The bulletin states that platform as a service and infrastructure as a service would not be subject to sales tax because they do not represent the sale of tangible personal property, but merely access to the software. The bulletin states that IaaS arrangements that show billing for the rental of hardware (e.g., servers) are not taxable because the customer does not have title or possession of the equipment.

Finally, the bulletin says that web hosting and data hosting services are not subject to New Jersey sales tax.

The position taken by the New Jersey Division of Taxation is quite favorable to providers and customers of cloud computing services, as other states have been taking the opposite approach, saying that many of these services are taxable, including states such as New York, Pennsylvania and Vermont.

Companies that provide cloud-based computing services should determine the states in which they might have a sales tax collection obligation, and whether the services they provide are subject to that state’s sales tax.

To see the full text of this new technical bulletin, please follow this link and click on TB-72.

So, this new tax will include amounts paid in order to customize any prewritten software for the needs of the customer, including macros and plug-ins that operate in conjunction with the software (although there are exemptions for modifications to free open source software, and software that operates industrial machinery).

This expansion of the Massachusetts sales tax will cast a wide net that will tax hardware and software consulting services that have not been taxable in the past, from the biggest, most sophisticated software consulting firms that manage the integration of software for large corporations, down to the high school student who helps non-tech savvy baby boomers set up their home computer for $20 an hour.

This apparent new direction taken by Massachusetts is a huge contrast to the position staked out by the state’s then-Gov. Paul Cellucci in the early years of the Internet boom, when the debate on the taxation of e-commerce sales was just beginning.

A bill had been introduced in Congress to exempt all e-commerce sales from state taxation. Cellucci was quoted in the Feb. 4, 2000, edition of State Tax Notes as being in favor of the measure because it would be bad tax policy to tax the emerging Internet industry:

Arguing that ‘the rapid growth of high-tech in the past five years’ has created 450,000 new jobs in his state, Cellucci said the taxation of remote and electronic commerce is ‘not just a real threat to the economy of Massachusetts, but for the nation as a whole. Unlike traditional brick-and-mortar businesses, e-commerce ventures are extremely portable, and could easily move their headquarters to an offshore island where they would be immune from any sales tax from this country. (Tax Analysts Document Number: Doc 2000-3441.)

The new Massachusetts law indicates a reversal of the state’s earlier pro-industry policy, while New Jersey, which in prior years has taken an aggressive tax approach to IT taxation, has apparently also reversed course, but in the opposite positive direction.

It is possible that Massachusetts has grown complacent, assuming that its enormous stockpile of human innovation capital will stay put, while New Jersey appears to be recognizing the value of cultivating the IT industry in the Garden State. Time will tell if these shifts in policy toward the IT industry will result in any measurable migration.