A CLOUD IN DOHA: CMUQ offers cloud computing for scientists

Carnegie Mellon University in Qatar (CMUQ) pioneered the field of cloud computing in the country, founding its very own Cloud Computing Lab (CCL) in 2009. The goal of this department is enabling the use of the cloud model for regionally relevant applications. The varsity has a cloud made of 300 computers at the service of local scientists and researchers.Professor Majd Sakr, Founder and Director of CCL at CMUQ explained that cloud computing is the future of computer science. The computer cloud does two things, compute and store, so that people no longer need to carry the computer they use and still have access to all their files wherever they are. 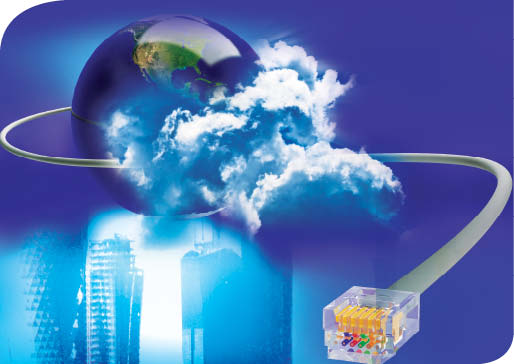 For Professor Sakr, the computer clouds should be seen as a service, just like electricity or water, allowing users to be freed of maintenance and expenses that are linked to a processor. “We are moving from computing being something that we own to becoming a service. This is what we call the cloud, which is basically a remote computer, which happened because many technologies came together,” added Sakr.

To illustrate this concept, the professor referred to Gmail or any other company that offers email services and houses our electronic correspondence. In this case, Google’s cloud is located in the United States and Europe data centres. However, when the user enters his or her account, in a matter of milliseconds, he or she has access to all the stored content.

“Cloud computing is the future of computing, given that there’s a large number of computers that we use around the world and help us do whatever we want to do, no matter where we are,” clarified Sakr, who is also Assistant Dean for Research at CMUQ.

Cloud services are offered by pages like Picasa or Icloud, which are also remote computers. They are called clouds simply because “as a user you don’t care where it is, you just say, it’s up there in the clouds,” stated Sakr.

Ultimately, this service will transform the way business is done, because the user will no longer need to buy software. “A small business can now rent a program and pay only for the number of monthly users,” he said.

A team led by Sakr works to help local scientists do their job. “We identify how the cloud can be used for our computing needs and what type of cloud should we used for each computing requirements,” he added.

In the scenario where a scientist needs computer space to work, but has a limited budget and time, the Cloud Computing Lab puts forward the possibility to rent the resources needed. “I can just pay for what I use, it’s not only paying as you go, but also customisable,” he added.

To this end, the CCL aims to identify what kind of cloud computer should be designed in the future for scientists in Qatar. CMUQ has a cloud in Doha and another in the US. The one located here can allow approximately 1,000 simultaneous users and has 300 computers. “The cloud is like a shared research space, and like a highway, sometimes there is no traffic and sometimes there’s a lot,” explained Sakr.

Currently the team is measuring which parts of the cloud are not being used, so they can be used by scientists. “We don’t want the scientists to focus on computing, we want them to focus on science. If they submit a job our system evaluates the job and configures the right cloud to match the job and minimise the cost as well as the time. We take the application of the scientist and we analyze it, we give them the best cloud so they can meet their deadline and save money,” added Sakr.

Carneggie Mellon’s cloud in Doha has users in Qatar and the US. The professor said: “There’s no magic, the cloud is just a computer that’s connected to the internet, it’s not very big and used mainly for research purposes.”

Students, engineers and post doctorate study and work in the CCL. One person works full time to supervise the cloud which has a water-cooling system and a electricity generator to guarantee its working at all times. There’s also someone doing the programming and scientists doing the analysis and evaluation.