The year isn’t over yet, but I’ve already reached my limit of trying to make sense of many new developments. So I’m ready to start the season of prognostication early. 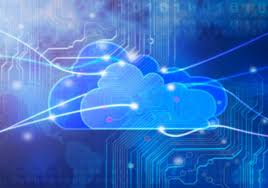 Originally, I figured I’d reel off some predictions about the coming year. But we’re at one of those rare junctures when a bunch of trends have begun to crystallize — and I’m pretty sure many of them will persist for more than 12 months.

Here’s my mixed bag of nine trends. Feel free to add your own.

1. Cloud is the new hardware. Credit Pivotal CEO Paul Maritz with this one. The thesis: All big industry shifts have been driven by new computing platforms, from the PC to client-server to the Internet. For servers, storage, and networking equipment to behave like one big “machine,” where applications can assume massive scalability, the entire infrastructure must be virtualized and centrally controllable — that is, software-defined. Ultimately this trend goes beyond SDN to include every system in the data center, all the way to HVAC. Advanced software control schemes pioneered by public cloud providers will continue to trickle down to the enterprise.

2. Systems of engagement lead the way. So what do you need massive cloud scalability for? Not old-fashioned enterprise “systems of record,” such as ERP, where the data model seldom changes and you know roughly how many people will use it. Where the cloud shines is in powering “systems of engagement”: customer-facing Web and mobile applications whose usage may fluctuate by magnitudes.

Optimizing that customer interaction has become the hottest area of technology, driving the development of elastic infrastructure, new database technologies, and the collection and analysis of big data (mainly Web clickstreams and other user data). Big data analysis using Hadoop-based applications may be the single biggest advancement in enterprise technology in the last decade. Not far behind are NoSQL databases such as MongoDB, Cassandra, and Couchbase, which scale out like crazy and enable on-the fly changes to data models.

3. Big data gets ahead of itself. Big data analytics hold enormous promise, but in the near term there are simply too many big data solutions searching for problems. In the long term, the potential for big data goes way beyond optimizing e-commerce to embrace all kinds of verticals, from manufacturing to transportation to the electrical grid.

But those vertical areas require the industrial Internet (also known as the Internet of things) to come online, where connected sensors deliver huge quantities of telemetry to foster improvements in product design, accurate prediction of failure, and so on. GE and IBM are early leaders in this area, but we’re just at the start. Years from now when the industrial Internet is in full swing, big data will be really, really big, and the thirst for big data analytics solutions will be unquenchable. Meanwhile, if any bubbles burst in 2014, big data will go first.

4. Cloud integration moves to the fore. Big data has a tendency to stay where it is, with a growing number of data stores in the cloud feeding cloud-based analytics. Cloud adoption in general, particularly SaaS applications with data stores of their own, runs the risk of replaying the bad old days of the siloed organization where duplicate yet slightly different records about the same products and customers were scattered in isolated data stores (along with valuable processes that should have been shared).

The answer is twofold: cloud integration and more, better APIs. Cloud integration players abound, including Cordys, Dell Boomi, IBM Cast Iron, Informatica, Layer 7, MuleSoft, SnapLogic, and WSO2. Plus, APIs apparently have their own conference now — along with new API solutions such as those offered by Apigee, which enable enterprises to publish and maintain their own public APIs.

5. Identity is the new security. A wild exaggeration, but the fact is that identity must now stretch to fit both on-premises and SaaS applications. Managing who has access to what — and deprovisioning employees when they leave the company — is becoming both more essential and more complicated. Microsoft, Okta, Salesforce, and others are rolling out solutions. Without cloud identity management, enterprises can’t adopt public cloud solutions safely and effectively.

6. Memory is the new storage. Big memory is exploding on two fronts. On the software side, every relational database vendor is adding in-memory capabilities, primarily for analytics, and dramatically reducing the time required for big processing jobs. On the hardware side, solutions from the likes of PernixData assemble a large, distributed cache using flash memory in servers, thus vastly reducing the percentage of reads and writes that must travel all the way to the SAN.

7. The future is powered by JavaScript. Thanks to an endless variety of mobile devices (plus new TVs, cars, and so on), we’ve never seen anything like today’s diversity of client hardware. No one likes maintaining a separate, native client app for each platform. If you dream of maintaining a single code base, your app must run in a browser — in other words, it must be a JavaScript/HTML5 app.

Small wonder a new JavaScript framework seems to pop up every week, with such wildly inventive plays as Famo.us pushing the envelope of what JavaScript can do. Plus, cross-platform mobile development environments such as PhoneGap allow easy conversion of JavaScript apps to native apps.

8. Enterprise developers turn toward to PaaS. So far, the main customers of PaaS have been commercial software developers and professional services organizations. But as more enterprises debut their own fancy Web and mobile apps, enterprise developers will see the benefits of such PaaS plays as Microsoft Azure, Pivotal Cloud Foundry, Red Hat OpenShift, or SalesForce Heroku. All of which offer the tools and services needed for agile coding, testing, and deployment of applications in the cloud.

IBM’s full-throated endorsement of Cloud Foundry this year was an important milestone — one that may make some enterprises less hesitant to put their code on someone else’s platform. In addition, IDC has predicted the rise of industry-specific PaaS offerings that include pre-built services specific to particular verticals.

9. Developers continue to rule. If there’s one common thread through all of these predictions, it’s Marc Andreessen’s two-year-old declaration that software is eating the world. With so many different platforms to write for — and with even data center infrastructure becoming programmable — there simply aren’t enough developers to write all that code. With insatiable demand comes high salaries and status, at least for those with the right combination of skills. Can we figure out better, more efficient ways to train people in those skills, please?

These nine trends represent enormous change in a short period of time. The implications for the IT industry are interesting, to say the least. For one thing, if software defines infrastructure, then hardware becomes even more commoditized, including networking equipment. And if the prospect of applications finally seems within reach where you can write once and run on any client device, then which client device you choose becomes less important.

Meanwhile, the way software is delivered has changed forever. IBM, Oracle, SAP, and other traditional vendors are so deeply embedded in organizations they can continue to extract huge sums from customers that must maintain those wares. But the exciting new stuff? It’s mainly open source or SaaS or a cheap mobile apps. It seems to me that the industry may need to recalibrate its revenue expectations, even if many of the startups get acquired.

How enterprise IT will deal with a cloud and mobile world where it no longer has a monopoly over business technology remains an open question. In many organizations, there’s a growing realization that to stay competitive, you need to deploy all kinds Web and mobile applications for customers and see what sticks. Can IT acquire the skills and technologies to make that happen? Or will business management be forced to turn to SaaS plays, hotshot agile dev firms, or other outside providers — and leave IT to just keep the lights on? I can’t wait to find out.