There has been no shortage of assumptions made and confusion about cloud computing, along with boatloads of conventional wisdom. But the rise of cloud brings with it some so far unanswerable questions. Here are just seven of the great unsolved mysteries that are accompanying the great cloud computing migration of the 2010s: 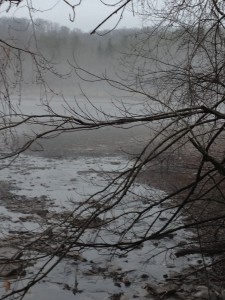 1) Who really pays for cloud? This is a tangle in and of itself. In surveys I have seen and conducted, it’s all over the place. IT departments pay for a lot of it, and a lot of it is put on corporate credit cards.  As a result, the costs get hidden or buried within corporate budgets. Another issue — when the holder of the corporate credit card tied to a cloud account leaves the company, guess what? The subscription is jeopardized.

2) Is cloud really cheaper in the long run?  There is a lot of evidence that no, cloud often is not cheaper than buying on-premises software and systems when looking over a five-year horizon. Why? Companies keep paying monthly subscription fees for something they never own.

3) Is it sustainable for vendors to cannibalize their own business to get into cloud? For the IT industry, the $64-billion conundrum. Moving clients from lucrative on-site licenses to monthly subscription fees has got to hurt — at least in the short run (see mystery number 2, above). Those vendors that can ease through the transition will see impressive rewards at the end of the tunnel, with clients locked into their particular services.

4) Is cloud computing a step backwards in the openness movement? For more than a decade, enterprises and industry leaders have been hashing out standards, protocols and technologies that are more interchangeable and even hot-swappable.  There’s no reason why an enterprise can’t swap out a back-end procurement system without touching the front-end interface that its employees use. Progress was being made for on-premises systems, but with cloud services, it may be an ugly scene when attempting to change cloud providers.

5) Who owns the data and intellectual property in cloud?  The legal eagles are already puzzling over this one. For example, cloud providers have been cagey about the actual physical location of the data — an important legal concern in some jurisdictions. And issues such as data retention for legally required purposes, such as litigation e-discovery or preservation as evidence upon law enforcement request are a big question mark. And how long will cloud providers hold on to data after a contract ends? Is it a good or a bad thing if they do?

6) Is data actually safer in the cloud than on-premises? There are a number of cloud proponents and even CIOs who say yes, it’s actually safer to retain data with a cloud vendor that is certified and has trained its staff in security protocols and best practices. On-site data center staff, as good as they are, may not necessarily have all the security skills they need. Is data any safer in the hands of your own corporate IT staff than it is with someone else’s IT staff?

7) Are the gigantic cloud data centers energy resource hogs, or are they actually saving natural resources? It’s the new “industrial era” — gigantic data center complexes being built across the land by cloud providers such as Google, Amazon, Microsoft, IBM, RackSpace. Environmentalists claim these huge centers are gobbling a lot of energy, which is true. But no one knows how much cloud computing may be conserving — less paper used, fewer stores built because of e-commerce, less commuting and travel because of collaboration capabilities — and so forth.