6 innovative gadgets that are proudly designed in Singapore

Home 6 innovative gadgets that are proudly designed in Singapore
DT, August 12, 2014August 12, 2014, Emerging Technology, IT Strategy, Technology, User Experience (UX), CreoPop, Emerging Technology, IT Strategy, Rotimatic, Singapore, Singapore device, technology, TouchPico, User Experience, Zensorium, 0
It’s that time of the year. Singapore’s National Day (August 9) knocking at our door, which means it’s time, Singaporeans, to cast away your complaints for one moment, wear your patriotic pride on your sleeve, and appreciate all that Singapore has to offer. 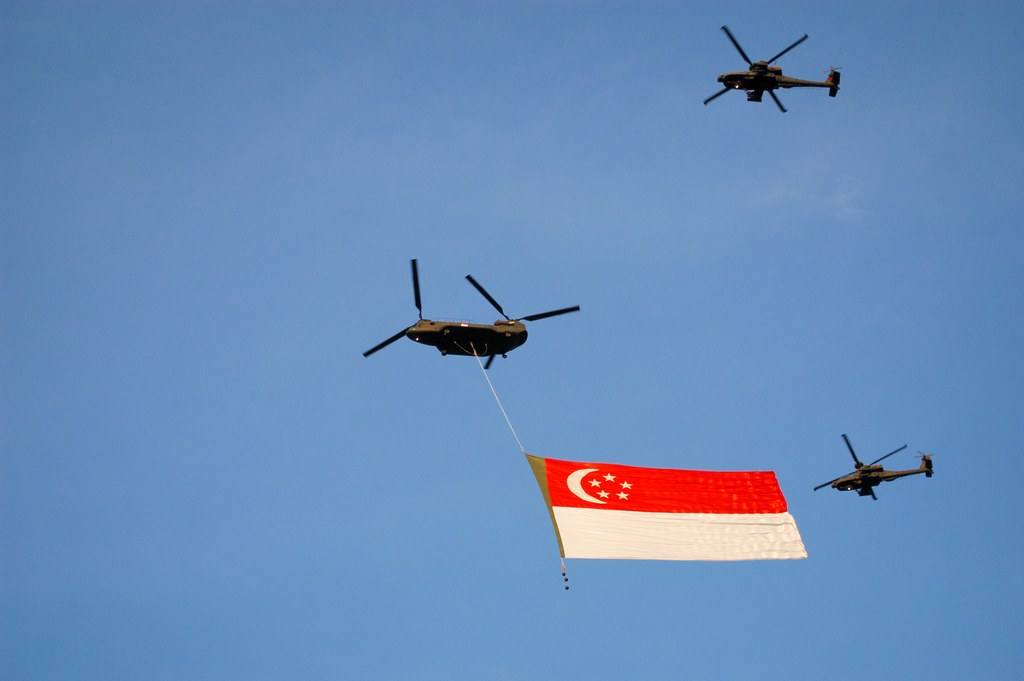 Fortunately for techies, Singapore does have lots to give. Here’s a rundown of clever gadgets that have come out of our little tech dot:

1. Touch Plus: replacing the mouse

Touch+, by tech startup Ractiv, is an ambitious motion-capturing device. It wants to replace the mouse and change how you interact with computers. It tracks hand gestures and allows you to control iOS and Android devices, tablets, and smart TVs by tapping or swiping on any surface. Touch+ is the creation of Darren Lim, a smart young Singaporean who got accepted into the high-exclusive Thiel Fellowship run by the founder of PayPal. Only 20 fellows are selected each year worldwide. The device costs US$74.99 and is available for order at limited quantities. It received an investment from Red Dot Ventures.

2. InkCase Plus: e-ink display for all smartphones

Fancy a second screen for your phone? InkCase Plus does just that, not with an energy-guzzling LCD screen, but with e-ink, which is the same screen your Amazon Kindle uses. That means plenty of reading hours, at 19 compared to four for a Samsung Galaxy S4. The device comes with casings for all phones. You can even install apps on it, which allow you to read e-books, receive notifications from your favorite apps, pick up incoming calls, and more. The end result? You extend the battery life of your phone. Pretty nifty. Its crowdfunding campaign is ending soon, so put your money where your patriotic mouth is.

3. TouchPico: turns any surface into a touchscreen

Touchpico is essentially a slim projector which fits into your pocket that transforms any flat surface into an 80-inch touchscreen. To interact with it, you point an infrared stylus to the projected surface. Use it to watch movies, play games, or make presentations. Started by Singapore company Touchjet, the device has blown past its crowdfunding goal to raise over US$400,000. Contribute to the campaign here. TNF Ventures has invested in this startup.

4. Zensorium: carry a hospital in your pocket

The Tinké is a compact device that measures heart rate, heart rate variability, blood oxygen level, and respiratory rate. It’s ideal for folks who are concerned about their health and wellness. To use it, simply plug it into your smartphone, put your finger on the sensor, and the device will deliver readings to you in seconds. With R&D entirely done in Singapore, you can purchase the gadget online starting from US$119.

This is something your kids would love. CreoPop is a 3D printing pen that lets your children draw shapes into thin air, not by melting plastic – which is dangerous due to the heat – but by solidifying ink using UV light. That’s cool science embodied. That’s not the only innovative part about CreoPop. The Singapore company has promised magnetic ink, ink that changes color based on temperature, ink with aroma, and even ink which conducts electricity, stretches, or glows in the dark. The startup has raised a nice US$170,000 on Indiegogo. You can still support them.

6. Rotimatic: Healthy rotis in a jiffy

This proudly made-in-Singapore device could become a hit worldwide. If you’re a fan of roti, an Indian flatbread, this contraption lets you make plenty of them without the mess. Simply pour in the ingredients, press a few buttons, and the machine works its magic. It will retail at US$999, and while the device is sold out, you can get on the waiting list.
Honorable mentions: There’s plenty more than what’s on this list. There’s Vibease, a smart sex vibrator that works with your smartphone, Buccaneer, an easy-to-use 3D printer that lets you quickly design and print plastic parts, and iMotion, a device that lets you control your television using gestures. So let your Singapore Spirit gush forth, and share with all and sundry about these wonders coming from our homeland.
Share this
0 likes
Related Articles
0 Comments