In 2013 enterprises got real about cloud computing. In 2014 we will integrate it into our existing IT portfolios – whether IT likes it or not. The moves by DevOps and line of business aren’t going to stop and can’t be ignored. 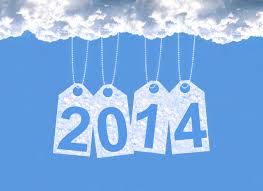 So 2014 will be the year IT Ops relents, stops fighting and gets with the programme formally by developing real strategies for embracing the cloud, managing cloud-based application deployments and empowering the business to keep being agile.

As the Age of the Customer arrives, all the focus shifts to the Systems of Engagement and the agility in refining these critical customer tools. Cloud technologies and services represent the fastest way for the business to reach new buyers and breathe new life into aging applications. In 2014 cloud leverage will be both traditional and disruptive as the business and IT put cloud to work.

Below are the top 10 cloud actions we predict will happen in enterprise IT environments in 2014. Our predictions are: