A bumper pool of about $120 million in funds is being made available for local high-technology start-ups needing crucial funding to scale up their businesses.

The sum – half of it from the National Research Foundation (NRF) – will be directed to start-ups by six venture capital (VC) firms. 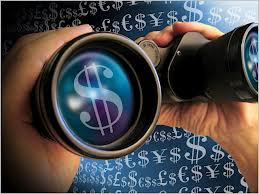 The VCs are likely to invest between $1 million and $5 million in each start-up to help them develop their products and services for global markets.

The first investments are expected in the next six months in medical and water technologies, digital media, software, Internet and other high-tech areas.

This fund comes at a critical juncture in Singapore’s start-up scene. Seed funding of $50,000 to $500,000 is readily available from local VCs and various government agencies, but there is a lack of early stage funding.

Mr Derek Tan, co-founder of 15-month-old online video platform Viddsee, said: “The funds come at the right time. There’re many companies like us which need capital to scale up our operations.”

But more than money, Mr Tan is looking for VCs which are able to help him grow his business outside of Singapore.

They were selected for, among other things, their connections overseas, which would be useful when start-ups globalise, as well as their experience in mentoring.

The investment comes under the NRF’s early stage venture fund scheme, done on a dollar- for-dollar matching basis. This means each VC will have put in $10 million to match NRF’s $10 million investment to create a fund size of $20 million.

The good news for start-ups is that there will be even more money on tap as the VCs are raising about $180 million more to supplement the $120 million.

They point to a “good deal flow”, a pipeline of emerging start-ups needing capital to commercialise products and services.

SBI’s managing director Brijesh Pande said his firm will be looking to raise US$50 million (S$63 million) to fund start-ups in South-east Asia and India, especially in areas such as mobile payments. “In South-east Asia, smartphone growth has been phenomenal and there have been many start-ups developing new services for mobile devices. So we see the opportunity to invest in such start-ups.”

Jungle Ventures managing director Amit Anand said to get start-ups ready for acquisition, for example, will need extra capital beyond the $20 million. “So we’re looking to raise about $60 million to $100 million by the end of this year. The $20 million will be part of this larger fund.”

Golden Gate Ventures will be raising some US$50 million, said managing partner and co-founder Vinnie Laurie. “There have been many start-ups that have found it difficult to raise funds for commercialisation because there weren’t sufficient VCs with the funds to do it. The latest NRF grant will help us do that.”

But funding does not stop after the $1 million or $5 million is invested in a start-up, he said. To scale up operations in marketing, further product development and other activities, extra funding is needed and that calls for larger funds, he explained.

This is the second tranche made by the NRF under this scheme. In the first tranche, it invested $50 million in 2008 in five VC funds which, in turn, invested about $38 million in 24 start-ups.