12 Most Memorable Cloud Computing Quotes from 2013

Over the past year, there has been a lot of news swirling around and about the cloud computing space. The events with the  most impact included the revelations about National Security Agency snooping into vendor’s data, the mess-up with the Healthcare.gov health insurance exchange portals, and the Amazon outage which briefly brought down some fairly prominent web companies. 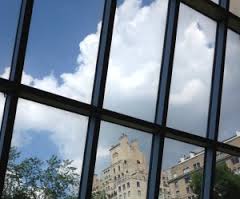 Along with that, we had several cloud computing events drew tens of thousands of attendees as the technology methodology continued its march into the enterprise computing mainstream.

Out of this whirlwind came some of the past year’s most memorable statements on cloud computing:

“On the high end, U.S. cloud computing providers might lose $35 billion by 2016. This assumes the U.S. eventually loses 20 percent of the foreign market to competitors and retains its current domestic market share.”

– Daniel Castro, senior analyst at  the Information Technology and Innovation Foundation, in a report on the fallout of NSA revelations on the U.S. cloud computing industry

“If European cloud customers cannot trust the United States government, then maybe they won’t trust US cloud providers either. If I am right, there are multibillion-euro consequences for American companies. If I were an American cloud provider, I would be quite frustrated with my government right now.”

– Neelie Kroes, European Commissioner for Digital Affairs, in an interview on the NSA fallout revelations

“Government snooping potentially now constitutes an ‘advanced persistent threat,’ alongside sophisticated malware and cyber attacks. In light of these allegations, we’ve decided to take immediate and coordinated action in three areas:  We are expanding encryption across our services;  We are reinforcing legal protections for our customers’ data;  We are enhancing the transparency of our software code, making it easier for customers to reassure themselves that our products do not contain back doors.”

– Brad Smith, general counsel and executive vice president, legal and corporate affairs for Microsoft, in a post announcing Microsoft’s intention to shield data from the NSA.

“We look forward to a successful relationship with the CIA.”

“Let’s just make sure it’s not a third-world experience.”

– Henry Chao, chief digital architect for the Obama administration’s online insurance marketplace, at an industry conference before the trouble-plagued launch

“Healthcare.gov is no Facebook; nor will it ever be. The potential user base is only in the millions, [and] they probably know the exact number of potential users based on who doesn’t have insurance.”

– John Engates, chief technology officer for Rackspace, on why the site can’t be compared to big online Web properties

“Our most frequent request from large customers has been for a desktop solution. There’s a big pain point around desktop management—a lot of cost around software, hardware, and administration, and that’s only gotten worse with the proliferation of new devices.”

– Marc Benoiff, chairman and CEO, Salesforce.com, during his keynote speech at Dreamforce 2013.

– Amazon engineer James Hamilton in a personal blog post, explaining why 99.9999999% reliability is tough for any company to attain. (originally posted in 2010, called out again in the wake of a 2013 AWS outage.)

“When you move to the cloud, companies don’t expect a multi-hundred-million-dollar project to make their CRM from Salesforce work with ERP from Oracle.  We have to make that implementation work out of the box.”

“Pay-for-use was supposed to be one of the foundational tenants of SaaS but has rarely been offered because SaaS vendors want large contract lock in. SaaS vendors were also supposed to be agnostic to the end of quarter or end of year deals. Clearly, in my experience of reviewing hundreds of contracts a year, SaaS vendor salespeople behave just like their on-premise ancestors. The bottom line is SaaS vendors will resist to the move to ‘pay as you go’ because it will have a very big impact on their business model predictability.”

– Gartner analyst Robert Desisto, in an interview describing why the SaaS model is now ripe for disruption

“The appeal of wearable technology is down to the rich data generated by the devices, which is stored and analyzed in the cloud. The ability to access these insights from the cloud – anywhere, anytime -enables wearable technology users to boost their intelligence, confidence, health, fitness and even their love lives.”