10 questions to ask before outsourcing work at your startup

Home 10 questions to ask before outsourcing work at your startup
DT, April 2, 2014April 2, 2014, Emerging Technology, IT Strategy, Technology, User Experience (UX), Emerging Technology, IT Strategy, outsourcing decisions, Singapore, software developer, technology, technology-heavy, User Experience, 0
Outsourcing is one of the earliest crucia decision lies not in whether to outsource, but who to outsource to and how. This topic was discussed at a recent panel session in Singapore organized by Startup Jobs Asia.
On the panel were web developer Michael Cheng, who sat on both sides of the fence at a startup and development house, Golden Gate Ventures partner Jeffrey Paine, Pirate3D founder Brendan Goh, and Jaryl Sim, founder of web development agency Tinkerbox Studios. 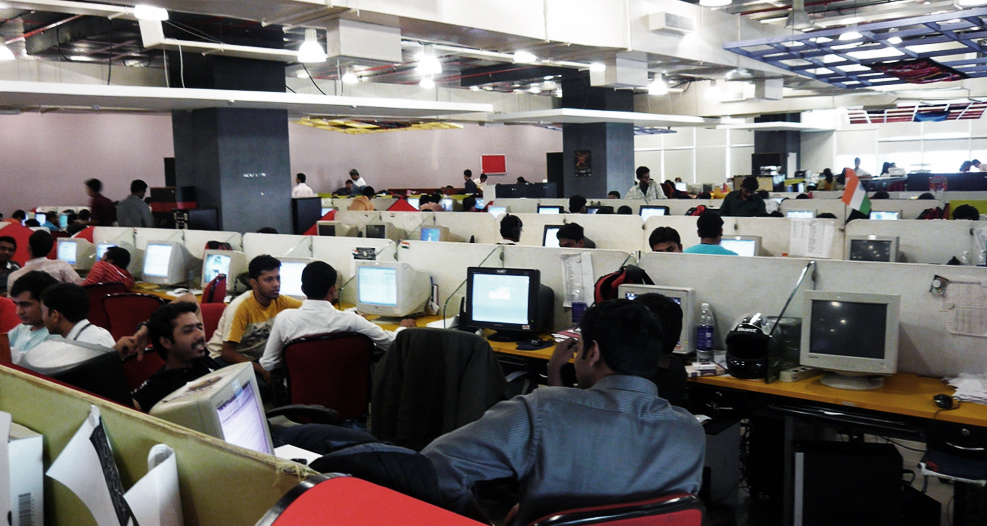 The wide-ranging discussion was moderated by Nityanand Rai, founder of education platform Twofold. Here’s a summary of what went down.

The panelists agreed that there are startup founders, and then there are startup founders. If you’re an upstart entrepreneur who’s just trying things out and lack a firm idea of where to take your startup, outsourcing might be the way to go. “There are some inherent risks when a salaryman joins a startup…if you’re not sure about your company’s future and how far you can bring your startup, it’s important not to play with people’s lives,” said Cheng, who once joined a friend’s company which failed. Furthermore, Sim added that hiring in this way is a good stop-gap measure before seeking an employee. Since it’s a huge waste of resources to hire someone who does nothing, outsourcing gives a good gauge of whether a particular full-time role is needed. Mature startups, on the other hand, may find outsourcing tricky. Cheng explained that at his previous employer, attempts to outsource various parts of their technology development were hampered by the fact that their infrastructure had become too large and intertwined. “It’s hard to think about what can be outsourced when this part is linked to that. We spent a lot of time teaching them our system and handhold them halfway through,” he said.

2. Is your startup product- or technology-heavy?

If you’re an ecommerce startup, chances are technology isn’t core to your product. Plenty of off-the-shelf website builders like Magento and Shopify are also available, making it simple to build something fairly sophisticated in short order. In such cases, outsourcing is fine. On the other other hand, if your startup involves a lot of intellectual property, then it makes more sense to hire an in-house software developer. “If you’re game changing B2C or B2B product company that doesn’t know what you’re doing initially and need time to iterate, you will need a tech guy. But B2B startups with little technology differentiation that relies on mainly distribution as their core advantage need more sales than technical people in-house,” said Paine. The nature of your startup could determine the cost of engaging a vendor, added Cheng. Typically, less technology-oriented startups are okay with outsourced developers taking code from one project and plugging it into theirs, as they’re more concerned about delivery. This saves time and money. Startups that want to own their intellectual property, on the other hand, generally prefer their product to be coded from scratch. “Just pay me for the extra, and I’ll give it to you,” he said.

3. What exactly are you outsourcing?

There are certain skillsets which are difficult to bring in-house. For Pirate3D, a Singapore-based maker of 3D printers, that was mechanical development. With a small initial team consisting of fresh graduates, no one knew how to solder circuit boards or create molds, so they had to outsource the work to older folks who knew the stuff. “When it comes to hardware, you don’t see a lot of youngsters. So when we approached these heroes of times past with deep experience, they became very interested as we’re a local company creating a local product. It lit up their patriotic fire,” said Branden. “I really wished I could hire them though. They’re like the Expendables, and I hope I can one day sit down with them on a day-to-day basis.” After Pirate3D raised money, it started to bring more of its functions in-house, although it still delegated some UX and UI work – non-critical and non-proprietary stuff – to vendors, who also can help level up their own employees. However, Goh also believes it is okay to outsource some of the company’s sensitive work to others, as long as the vendor isn’t aware of how the parts fit into the whole. Cheng agreed that non-critical stuff can be outsourced. He once gave the work of a website widget to a developer from India with good reviews on Freelancer. “I knew there was minimal risk. There would be no disastrous effects if it fails,” he said.

4. Is the vendor startup-oriented?

The choice of which company to outsource to is important. Sim said that Tinkerbox is very active in implanting best practices from the software industry into the startups they work with. “We try to teach and educate them about code quality and encouraging coding productivity within the company,” he said.

5. Do you want generals or foot soldiers?

All the panelists agreed that employees are usually more willing to go the extra mile than vendors. “With agencies there’s the idea of transaction. You pay for a certain amount of hours, I will deliver A, B, C, and D. When you work in a company, you’ll believe in the vision. You’ll be willing to go beyond work hours. As an outsource partner it’s in my interest to help you succeed. But there’s a boundary you do not cross,” said Cheng. Goh agreed, adding that vendors are willing to bring a startup from point A to point B, but employees will do things you did not hire them for. This could open up new opportunities for the company. Sim, however, said that vendors are not always money-grubbing mercenaries who do it just for the money. “We get our guys to believe in the product. I can’t say we believe 100 percent in all the products… but we get people to have that dialogue where we can bridge that divide somewhat.” He added that agencies do have their own visions too. Tinkerbox, for instance, is trying to be a platform for developers to hone their craft with startups that want to build interesting stuff. These programmers would probably want to do their own startups later. “We don’t hire career programmers. We are good at weeding people like that out. We are getting known for test-driven development and agile methodology, and we attract developers with the same mindset.”

6. Should you outsource to an overseas company?

Personnel from developing markets like India, Vietnam, and Philippines are very affordable. According to Sim, fresh graduate developers can be hired starting from S$3,000 (US$2,380) a month in Singapore, mid-tier developers will ask for between S$5,000 to S$6,000, while senior coders will demand S$10,000 (US$7,900). But the salary of a fresh grad in Singapore is enough to feed six entry-level developers in Vietnam. It’s the same story for outsourced developers. Agencies in Singapore typically charge S$60 to S$100 for an hour’s work, whereas an offshore freelancer could develop an app for you from as low as S$5 an hour. But engaging an overseas team has hidden costs. According to Paine, progress will be slower if the team isn’t sitting next to you. You’ll just have to understand that and factor it into your plan. “Overcommunicating really helps. Even if it annoys them,” he said. There are certain roles that are difficult to outsource on the cheap though. Mobile UI and UX guys are hard to find in Singapore, said Goh, which means startups will have to find them in the developed markets. (See: India still leads global outsourcing sector, Philippines a close 2nd)

Sim said that good clients should know what they want, otherwise they’re effectively wasting their own money. A highly collaborative attitude is helpful too. Clients should want to understand the development process just as developers should get a handle in the product’s business objectives. Sim added that a mismatch between end-project and expectations is often the result of poor communication. He advocated outlining clear expectations with the agency beforehand and checking in as often as possible to follow their progress. While startups won’t have the energy to communicate with their agency everyday, a good approach would be to get the vendor to send in daily summaries of what was done for the day.

8. Are you looking to hire the outsourced person?

While engaging an agency with the intent of hiring a particular talent may sound dicey, it’s actually alright and fairly common, said the panelists. “Poaching can work. Tinkerbox’s model is to be a platform to attract talented people, and then release them back to the startup scene,” said Sim. On this, Cheng advocated flying the vendor in for a few days if you can afford it, just to get a sense of whether you can work with the person on an employee basis.

9. Does the reputation of the vendor matter to you?

People often rely on reputation to make outsourcing decisions. That approach can be valid. However, Cheng cautioned that companies do change, and just because they’ve produced horrendous work in the past doesn’t mean they’ll repeat the performance. The competency of the person serving you matters too. “I’m a beneficiary of someone coming to me and taking a chance on me despite hearing some bad things,” he explained. That said, one approach to test the effectiveness of vendors is to put them on a short leash. Give the person a small task, and if he has done well, give him more. Once trust is established, the person can be given the full project. Another way to test agencies is to hire two or three at the same time, give them each one hour’s worth of work, figure out which has given the most acceptable standard, and go with that firm.

10. What do your investors think about outsourcing?

Having investors for your startup means you’d have to take their views into account when deciding whether or not to outsource. But if you have Paine as your backer, the answer is pretty straightforward. He said: Your objective is to get shit done. You build it yourself, or you pay someone. It doesn’t matter. Paine added that mature startups tend to have their own in-house teams, while for young founders, he’d advised that they learn how to manage outsourced teams first before raising money or attempting to hire an employee. “When things go wrong, you, rather than the vendor, are usually at fault when you start. You then move on to the next one, and things will get better.”
Share this
0 likes
Related Articles
0 Comments