10 of the most useful cloud databases

As businesses deal with more and more data, providers are making it easier to manage that data in the public cloud 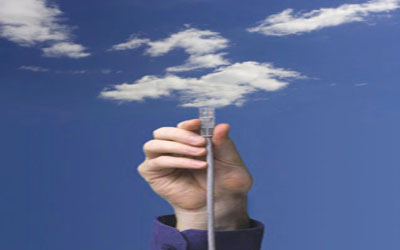 Big data is becoming a big deal and cloud providers want to be the place where enterprises databases live.

IDC predicts that big data is growing at an annual rate of 60% for structured and unstructured data. Businesses need to do something with all that data, and traditionally databases have been the answer. With cloud technology, providers are rolling out more ways to host those databases in the public cloud, freeing users from dedicating their own dedicated hardware to these databases, while providing the ability to scale the databases into large capacities. “This is a really huge market given all the data out there,” says Jeff Kelly, a big data expert at research firm Wikibon. “The cloud is going to be the destination for a lot of this big data moving forward.”

Some concerns remain for what some call database as a service (DBaaS), specifically around sensitive information being stored in the cloud and around cloud outages. But still, an emerging market of cloud database services and tools seems to be picking up steam. Here, Network World looks at 10 cloud database tools. Some of these are providers of direct relational, SQL or NoSQL databases, while others are niche focused on various open source databases. Please note this list is not meant to be exhaustive, as some big players, like Oracle, HP and EMC/VMware are still rounding out their cloud-based products and strategies for these tools.

Microsoft uses its SQL Server technology to provide a relational database, allowing customers to either access a SQL database on its cloud, or hosted SQL server instances on virtual machines. Microsoft also emphasizes hybrid databases that combine data both on a customer’s premise and with the Azure cloud through SQL Data Sync. Microsoft has a cloud-hosted NoSQL database service named Tables as well, while Blobs (binary large object storage), are optimized for media files such as audio and video.

In the NoSQL world, there are a variety of database platforms to choose from, including MongoDB. MongoLab gives users access to MongoDB on a variety of major cloud providers, including AWS, Azure and Joyent. Like other gateway-type services, MongoLab also integrates with various platform as a service (PaaS) tools at the application tier. MongoLab run on either shared or dedicated environments, with the latter being slightly more expensive.

Rackspace’s database comes in either a cloud or managed hosted offering via Cloud Databases, which is the name of its product. Rackspace emphasizes the container-based virtualization of its Cloud Databases, which it says allow for higher performance of the database service compared to if it was run entirely on virtualized infrastructure. Cloud Databases also incorporates a SAN storage network and it’s based on an OpenStack platform. This month, Rackspace announced a NoSQL database in its cloud from provider Cloudant.

Enterprise software giant SAP is now playing in the cloud with HANA, a platform built on in-memory technology. Its cloud database from HANA complements the company’s other on-premise database tools, including Sybase, and is available in Amazon Web Services’ cloud. HANA includes other non-database apps too, including business management tools and application development.

Unlike other databases in the cloud, StormDB runs its fully distributed, relational database on bare-metal servers, meaning there is no virtualization of machines. StormDB officials claim this leads to better performance and easier management because users do not have to choose the size of virtual machine instances their database runs on. Despite running on bare metal, customers do share clusters of servers, although StormDB promises there is isolation among customer databases. StormDB also automatically shards databases in its cloud. The company is currently in a free beta.