It’s the time of year when darkness comes early and people begin to sum up how this year has gone and next year will unfold. It’s also the time of year that predictions about developments in the technology industry over the next 12 months are in fashion. I’ve published cloud computing predictions over the past several years, and they are always among the most popular pieces I write. 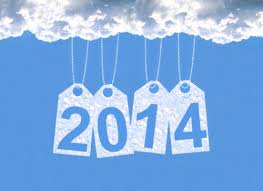 Looking back on my predictions, I’m struck not so much by any specific prediction or even the general accuracy (or inaccuracy) of the predictions as a whole. What really comes into focus is how the very topic of cloud computing has been transformed.

Four or five years ago, cloud computing was very much a controversial and unproven concept. I became a strong advocate of it after writing Virtualization for Dummies and being exposed to Amazon Web Services in its early days. I concluded that the benefits of cloud computing would result in it becoming the default IT platform in the near future.

I’m pleased to say that my expectation has indeed come to pass. It’s obvious that cloud computing is becoming the rule, with noncloud application deployments very much the exception. Skeptics continue to posit shortcomings regarding cloud computing, but the scope of their argument continues to shrink.

Today, the arguments against cloud computing are limited. “Some applications require architectures that aren’t well-suited for cloud environments,” critics say, suggesting that cloud environments aren’t universally perfect for every application. This shouldn’t really be a surprise.

Other critics cite some mix of security and compliance, although the sound level of this issue is far lower in the past. In his 2014 predictions, Forrester’s James Staten says, “If you’re resisting the cloud because of security concerns, you’re running out of excuses” and notes that cloud security has pretty much proven itself.

I’ve always taken a different perspective: The alarm raised about cloud security was just air cover for IT personnel who didn’t want to change their established practices. Furthermore, the concern about security would disappear not because cloud providers suddenly “proved” they were secure enough but because recalcitrant IT personnel read the writing on the wall and realized they had to embrace cloud computing or face the prospect of a far larger change — unemployment.

With the triumph of cloud computing underway, what will 2014 hold for developments in the field? This is going to be an especially exciting year for cloud computing. The reason is simple: In 2014, the realization that the cloud can spawn entirely new types of applications will come into general awareness. Expect to see many articles next year proclaiming the wondrousness of one cloud application or another and how cloud computing made such an application possible when it never could have existed before. Count on it.

With that in mind, here’s my set of 2014 cloud computing predictions. As in the past, I present the list broken into two sections: Five end-user predictions and five vendor/cloud provider prognostications. I do this because too many predictions focus on the vendor side of things. From my perspective, the effect of cloud computing on users is just as important and worthy of attention.

A couple of years ago, Mark Andreessen proclaimed that “software is eating the world.” Next year, this will become profoundly obvious. Simply put, every product or service is getting wrapped in IT, and all these applications will find their home in the cloud.

To provide one personal example, my doctor suggested at my annual physical that I begin tracking my blood pressure. The solution to sending him the results? Instead of tracking the numbers in a spreadsheet and forwarding it via email, he recommended a blood pressure monitor that connects to a smartphone app, automatically sends the results to his firm and communicates to an application that downloads the numbers into my medical record.

The net effect of the ongoing shift to IT-wrapped products and services is that global IT spend will increase significantly as IT shifts from back-office support to frontline value delivery. The scale of IT will outstrip on-premises capacity and result in massive adoption of cloud computing.

If applications are becoming more central to business offerings, then those who create the applications become more important. The analyst firm RedMonk refers to this trend as “the developer as kingmaker,” since developers are now crucial in business offering design and implementation. There’s an enormous upwell of change in development practices, driven by the ongoing shift to open source and the adoption of agile and continuous delivery processes. This improves the productivity and creativity of developers, and it leads developers to release more interesting and important applications.

It’s no secret that developers drove much of the early growth of cloud computing, frustrated by the poor responsiveness of central IT and attracted by the immediate availability of resources from cloud providers. That early adoption cemented developer expectations that access to cloud resources should be easy and quick, which will result in much more cloud adoption by increasingly important developers.

It will be interesting to watch mainstream companies address the new importance of developers. Many have traditionally downplayed the importance of IT and treated it as a cost center to be squeezed — or, via outsourcing, eliminated entirely. When these companies start to ramp up their app development efforts, they will confront an expensive resource pool with plenty of job options. They may choose to outsource these applications to specialized agencies and integrators whose high prices can be paid without upsetting the general pay structure within the company.

Gartner made a big splash last year when it forecast that CMOs will control more than 50 percent of IT spending by 2017. One cannot know, of course, how this forecast will turn out, but the two predictions above clearly reflect a similar perspective: When it comes to applications, end-users are increasingly in the driver’s seat. The question is whether those business-oriented applications will be deployed on-premises or in the cloud.

Look for many stories in 2014 about companies launching new Internet-enabled business offerings and recognize that 99 percent of them rely on the cloud for back-end processing.

4. Private Cloud Will Have Its Moment of Truth

For the past several years, IT organizations have acknowledged that cloud computing provides undoubted benefits, but security and privacy concerns necessitate that an internal cloud be implemented before “real” applications be deployed. Many of these private cloud initiatives have been extended processes, though, bogged down by budgeting, lengthy vendor assessments, employee skill building and, yes, internal politics.

While this kind of delay could be accepted as part of the growing pains of shifting to a new platform, 2014 will force companies to really assess the progress of their private cloud efforts. Application workload deployment decisions are being made every day; every decision that puts the application in the public cloud means one more application that will never be deployed internally. Forget the “transfer your cloud applications to a production-quality internal cloud” rhetoric often spouted by vendors. The reality is that, once deployed, applications find their permanent home.

This means IT organizations planning private cloud environments have a short runway to deliver something. Otherwise, the cloud adoption decision will be made in a de facto fashion. Moreover, the measure of that private cloud will be how well it matches up to the convenience and functionality of public providers. A “cloud” that makes IT operator’s jobs more convenient but does nothing for cloud users will end up a ghost town, bypassed by developers and business units on their journey to agility and business responsiveness.

5. Cloud Brokerage Will Come Into Focus

The need for cloud brokerage extends beyond the technical, by the way. While a “single pane of glass” using consistent tools and governance across a variety of cloud environments is crucial, managing utilization and cost in those environments is just as important, and that will become increasingly evident in 2014.

Financial brokerage capability will come into focus next year because companies will have rolled out significant applications and find that resource use and overall costs are unpredictable, given the “pay per use” model of public cloud providers. Having tools that track resource use and make recommendations to optimize utilization and overall cost will join technical brokerage as a key cloud computing requirement.

By the way, cloud brokerage is a way for IT to deliver value to end users. Once IT recognizes it’s in the business of infrastructure management and not asset ownership, it will recognize the immense value it can deliver to assist developers and business users make the best use of public cloud computing environments.